The Last Campfire is a delightful puzzle-stuffed adventure from the core creative team behind WiiWare favourite LostWinds. Where that game was made at Frontier, home to the universe builders of the Elite series, this new adventure was nurtured at Hello Games, home to the universe builders of No Man’s Sky. There’s something endearing about these galaxy factories finding room for something delicate and hand-crafted. Perhaps they act as a place for their other teams to decompress after another day spent staring into the infinite.

Certainly, it’s a relaxing jaunt – the video game equivalent of one of those bumper books of puzzles printed on toilet-grade paper. You control a pillow-like pilgrim, Ember, who animates the petrified remains of fellow travellers by hopping in their heads and solving their inner turmoil. Think Inception, with more pressure switches. Actually, that’s unfair. While it does start with the obligatory blocks and levers, it’s soon racing through more novel ideas: fire, wind, mirrors, telekinesis and, er, crabbing. And even if some of those sound like basic parts from your Puzzle Design Starter Kit, they are often smashed together to form slightly fresher ideas. 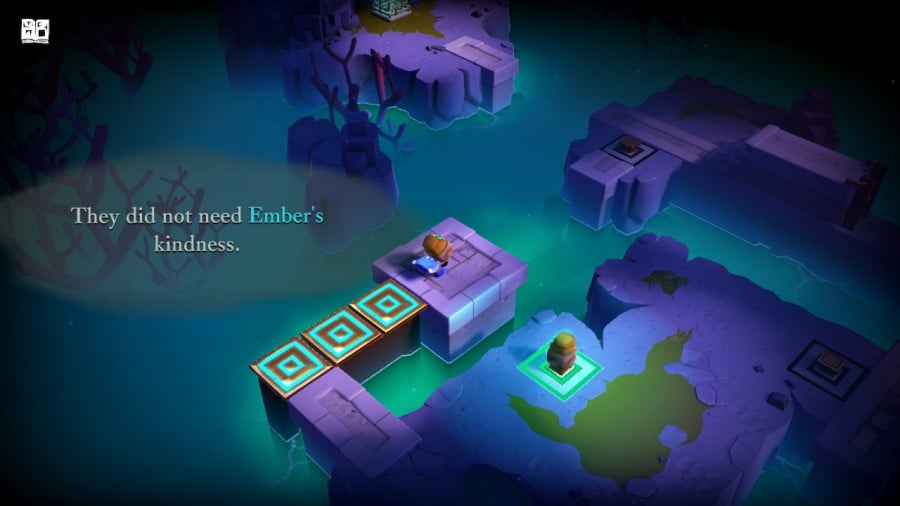 What jumps out (aside from the aforementioned crab) is how loose and limber the journey is. Puzzle games traditionally follow a strict throughline, taking a single mechanic and extrapolating on it with ever more complex setups. But The Last Campfire is straight pick-and-mix. Greedy handfuls of ideas are thrown at the screen, stump you for a few minutes and then make way for something else. In this way, The Last Campfire has more in common with Breath of the Wild’s parade of puzzle shrines. It feels less like a cold logic exercise, and more like wading through a dreamy soup.

And puzzles aren’t just confined to the heads of those frozen ‘forlorn’. Where The Last Campfire could have had you ticking self-contained levels off a list – like a Pullblox or a BoxBoy! – its world is instead a tangle of riddles and ancient machinery that needs to be mastered before you pass. It might be as simple as luring pigs to eat brambles blocking your path or heaving blocks to fill broken paths to hidden glades. But in its best moments, the world plays grand tricks: there’s a fantastic segment set on a living map that borrows an idea from one of Skyward Sword’s best dungeons. A bit later, and it’s doing a gentle Wind Waker impression. It borrows from the best. 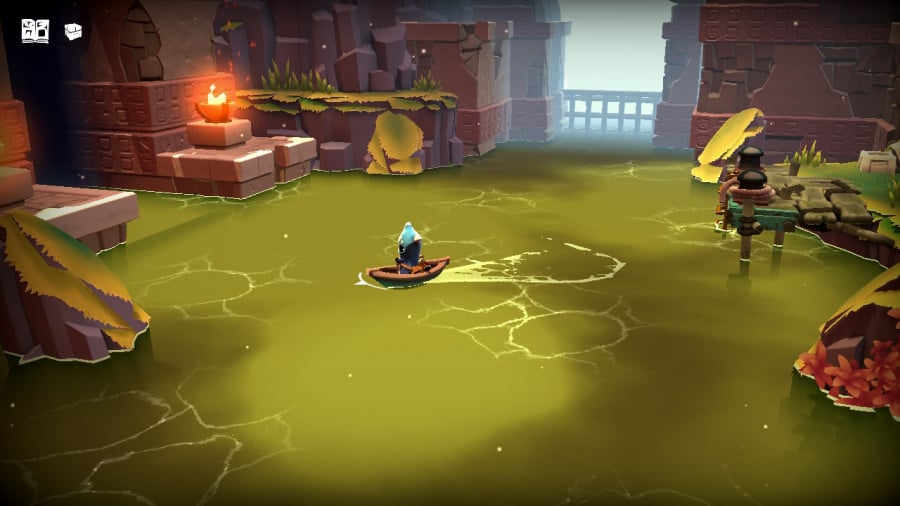 All these nods and detours have a lovely cumulative effect. As different types of conundrums begin to pile up, The Last Campfire begins to resemble a love letter to puzzle gaming of all kinds. There’s even a bit of light point-and-clickery in the mix as Ember carts inventory items across the map to help troubled chefs or fill a pig’s endless belly. None of this will vex seasoned LucasArts veterans, but it’s great to see ingredients from so many corners of the puzzle genre thrown into the stew.

The downside to the magpie approach is that you’ll inevitably encounter puzzles you’d like more of, and the constant forward march means few obstacles offer much bite. It’s as if the designers are so desperate to show you Ember’s whole journey that they daren’t risk holding you up. It gives The Last Campfire an adorable puppyish energy, but a few more ‘eureka’ moments wouldn’t go amiss. Weirdly, some of the harder puzzles came in the first chapter of the game, while the final stretch is home to some real pushovers. A scattering of hidden chests adds a few sneaky gotcha moments, but you’ll easily uncover them all on your six-hour trip through the story. 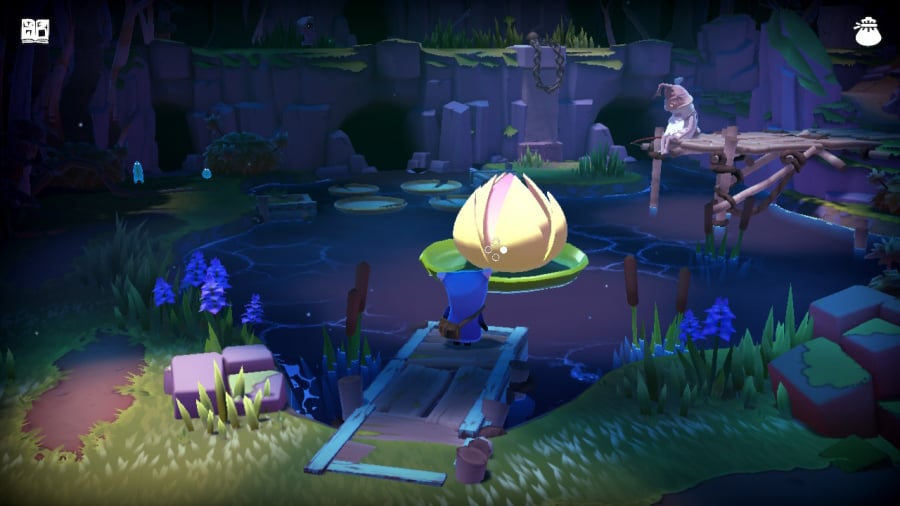 The tale’s delivery is also uneven. While much is conveyed with wordless animation, there’s a constant narration from a slightly elfin voice. It sounds a bit like Bjork, which is a tad distracting, but more awkward is the way it narrates puzzles to try and paint the solutions as metaphors for each forlorn’s troubles. Often you’re so focused on solving the puzzle that the voiceover blurs into the background and the point is totally lost. It’s like when someone talks to you while you’re checking your phone; the human brain can only compute so many things and the next thing you know your wife has gone ballistic because you didn’t buy potatoes. (Or is that just us?) Either way, it’s a rare misstep in execution.

In other regards, this is a handsome Switch version of a game originally conceived with iOS in mind. This means full touch controls in handheld mode should you desire them, with some pleasingly chunky interactions as you rotate keys in locks and tug at scenery using a magical telekinesis trumpet. That said, button controls are still our preferred choice, especially when navigating more fiddly environments. Its simple, chunky art style doesn’t trouble the Switch in either handheld or docked mode, though there are some jarring hitches when the action transitions to forlorn puzzle chambers. It’s relatively small potatoes. (Again, apologies to the wife.) 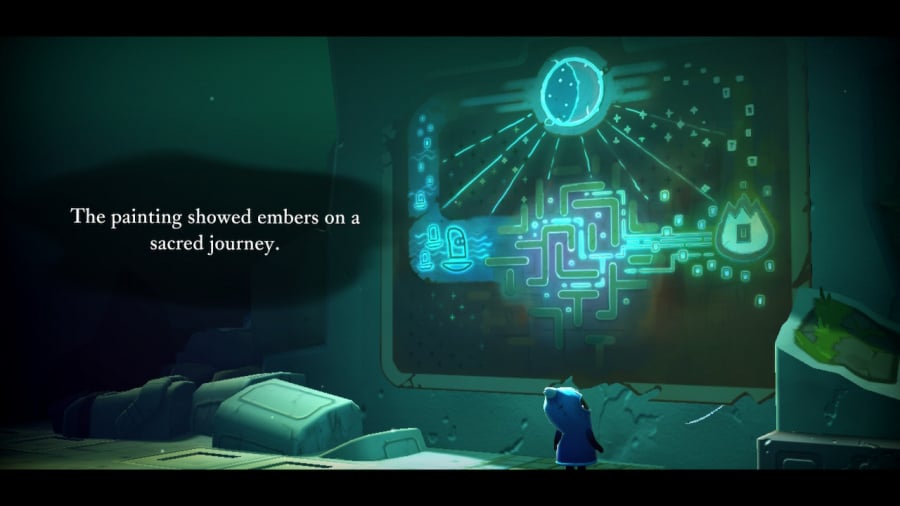 That our major complaint is that there could be a bit more of it is more a testament to what is here than any major dealbreaker. This is a very unusual world to spend a lazy Sunday afternoon or two, untangling a knot of puzzles and marvelling at what the game serves up in the next, surprising five minutes. It may not contain the entirety of the universe, but the little corner it has carved for itself is very pleasant indeed.

The Last Campfire is an unusually freeform puzzle adventure that stuffs its six-hour playtime with conundrums of every kind. While a few puzzle designs deserve more time in the spotlight – or could support whole games by themselves – the game’s commitment to new ideas makes for a refreshing change of pace. This is proof that Hello Games don’t have to build a universe from scratch to entertain. More of this, please.


CIRCLE Entertainment Kicks Off Autumn Switch Sale, Get Up To 85% Off Select Games