Oh, what a heartbreaker Projection: First Light is. It starts off so well. The opening sequence is a marvellous showcase of intelligently-crafted, dialogue-free storytelling, utilising the game’s striking shadow puppetry art style to brilliant effect as your heroine, Greta, chases an effervescently glowing butterfly through the streets, bringing accidental ruin to all that she passes. Ignorant of these trespasses, she returns home only to be grounded. From here, she escapes her room and heads off on a grand adventure that aims to play cleverly with light and shadow. But, almost instantly, the game’s controls get in the way. We’ll get to it. Let’s praise what it does well, first. Unfortunately, it won’t take long.

The central premise of the gameplay is strong. Using a free-floating ball of light, you must cast shadows from objects and scenery in order to create platforms for Greta to walk on. You move the ball around with the right stick while Greta is controlled with the left, and it’s all fairly intuitive in concept. The visuals throughout are clever and charming, and the game doesn’t betray its lightbox theatre aesthetic to force puzzles – it’s a world that consistently makes sense, in a game that runs very smoothly and utilises its shadow-casting mechanic for both traversal and smartly-designed challenges… and then asks you to solve them using the digital equivalent of a pair of soaking wet seal flippers. 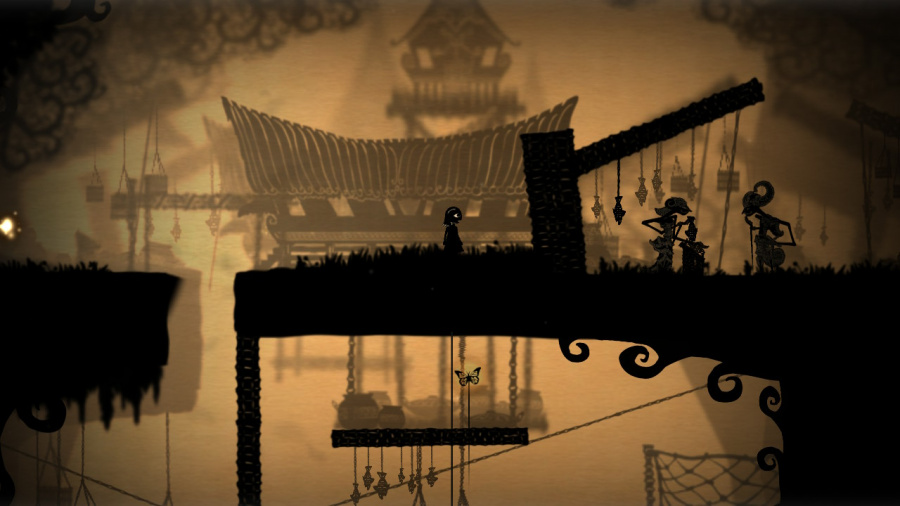 The light-casting is finicky, awkward and irritating from the very start – even something as basic as creating a small slope usually requires a ridiculous degree of micro-adjustment. Yes, you can hold ZR to slow the light down, but it barely makes a difference. Climbing is always a pig, and you’ll get frustrated when you once again overestimate the shadow’s projection, or clip through it and get stuck. In principle, it’s a fun, fresh system, but the execution – the way it feels in practice – bring the whole thing crashing down.

It’s truly disappointing because as we’ve noted, there’s undeniably stuff to like about Projection: First Light. The storytelling maintains its quality and charm from beginning to end, wordlessly communicating its major plot points and themes seemingly effortlessly. We were grinning from ear to ear at times, so brilliantly realised was each little conversation, each plot-advancing action. You know who everyone is and what they’re up to, without a single word spoken. It’s brilliant, and it hurts so much that most players won’t be driven to see it through because they’ll get sick of the twitchy, demanding gameplay less than an hour in. 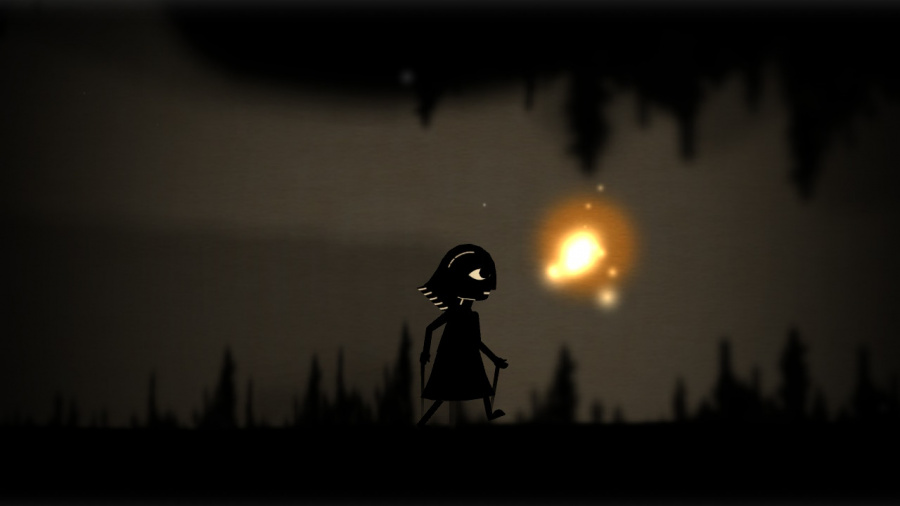 Is that harsh? Perhaps a little, but it’s such a bummer when there’s so much good stuff here and all of it is massively obfuscated to the point of bitter irritation by a fundamentally awkward, confusing, inconsistent-seeming mechanic. You’ll frequently run into situations where the intended solution is utterly obvious, but you’ll struggle so much to execute it that you’ll second-guess yourself into trying something more awkward. The kicker is, this clearly isn’t a bad game – thought has gone into the puzzle designs – but we can’t stress enough the impact that the shaky-as-hell light projection system had on our enjoyment.

We persevered, of course, and yes – there are instances where it seemed that we may have finally had a handle on how to play this game properly and effortlessly. These moments were quickly followed by crushing disappointment when yet another platform flickered out of existence when it really ought not to have. You’re never cruelly punished by death, here – just sent back a very short way – but even early-game puzzles seeing you manipulate rolling boulders can be maddening when they seem to constantly ignore your shadows. When the rules seem inconsistent, the game is generally destroyed. That remains the case here. And goodness, it’s sad. 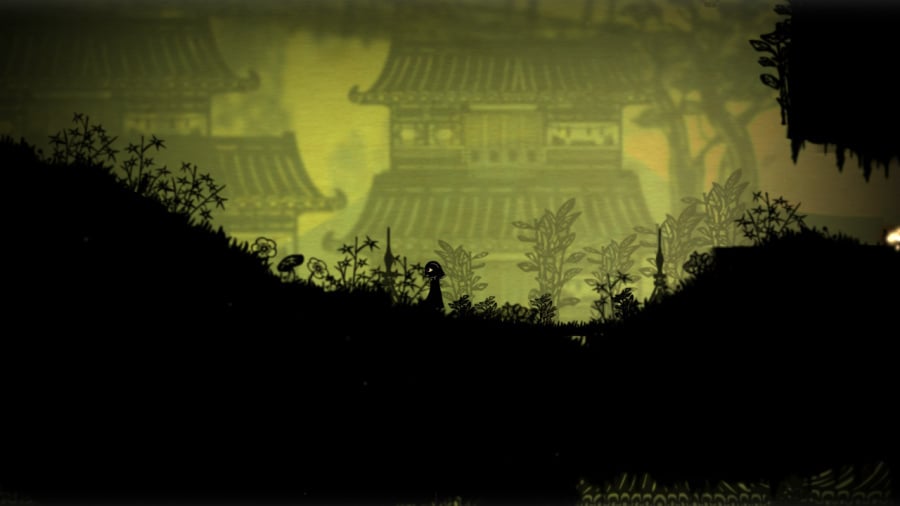 Aesthetically, it’s the bee’s knees. The music is wonderfully evocative, the lighting follows your right stick impressively. Performance is usually great, with just a couple of drops in the largest areas. And if it wasn’t for this single, crucial flaw, it’d be lauded as yet another brilliant indie experience. There’s a good amount to do – there are bonus collectable butterflies to locate and our clear took around seven hours, but we’d wager three of those hours were spent slightly nudging shadows around the screen, wondering why the rock we were trying to push was simply clipping through them, and going “oh come on“.

Let’s be clear – this is no disaster like Gleamlight. This is a well-crafted, carefully designed and fantastic-looking game. It’s just such a damn shame that the central shadow-casting mechanic is so fussy, so irritating and so downright broken that we can’t recommend it without the strongest of caveats. It’s very clear that the developers put their heart and soul into Projection: First Light, and that effort deserves to be recognised. Unfortunately, we suggest you recognise it from afar. We don’t think that a patch alone could solve this game’s problems, and if there’s ever a Projection: Second Light, we’d be surprised.

Deals: You Might Want To Switch Things Up With One Of These Licenced Cases From Numskull

The Best Prime Day Alienware Deals: All the Best Prices


Digimon Survive Has Been Delayed To 2021