Hidden Layer Games’ Inmost boots up with a discretionary warning regarding the upsetting nature of some of its content and, perhaps more than any other Switch game we’ve played so far this year, it’s a warning that’s absolutely warranted. This beautifully crafted and genuinely heartfelt little pixel art adventure has some properly bleak scenes contained within as it deals explicitly with its central themes of grief, mourning and the constant battle against abandoning all hope that can follow the loss of a loved one.

In Inmost you take control of three very different characters, a little girl exploring a house full of secrets and terrible memories, a battle-hardened knight making his way through the treacherous bowels of a foreboding castle in the service of some otherworldly evil, and a troubled middle-aged man whose scenes make up the brunt of the game’s clever platforming and puzzling action. 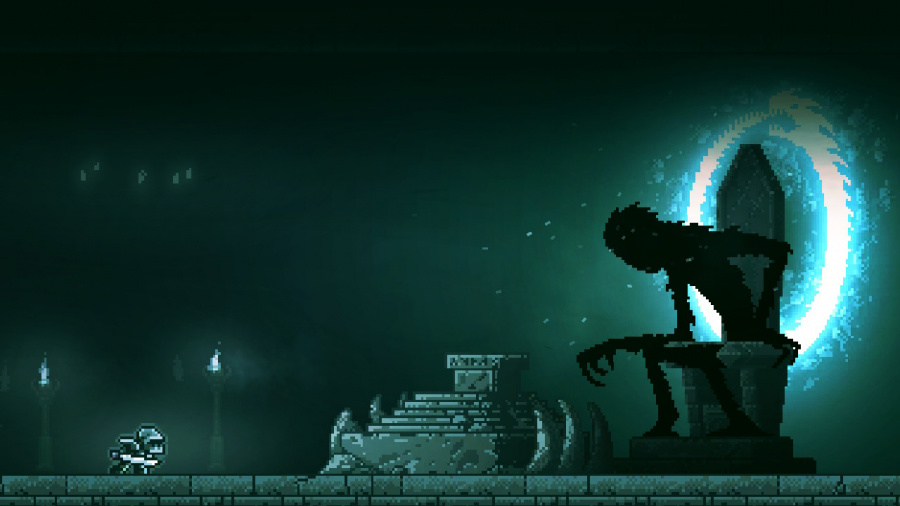 Each of these three characters has their own unique play-style; the little girl isn’t tall enough to reach most surfaces and you’ll therefore need to drag items around and create ways for her to reach objects and access points in order to drive her narrative strand forward, the middle-aged man can jump, climb and acquire multiple items to help him on his way and the knight can hookshot his way around – albeit in a very limited fashion – as he hacks, slashes and dodges his way through the shadowy monstrosities that stalk the game’s nightmarish labyrinth world.

There’s sumptuous detail here in how characters move and interact with this grim maze in which they find themselves trapped. Books fall off shelves as you clamber in and around them, locked doors strain as you push against them, rain beats atmospherically off windows and every weapon slash or interaction you have with a piece of machinery, blocked path or enemy feels weighted and hefty. This is, in short, a fantastically well-crafted experience and one that’s perfectly suited, as is suggested by the developers, to playing through in one sitting, sticking on some headphones and finding some peace and quiet to allow yourself to be drawn right into this dark and disturbing narrative over its roughly four-hour running time. 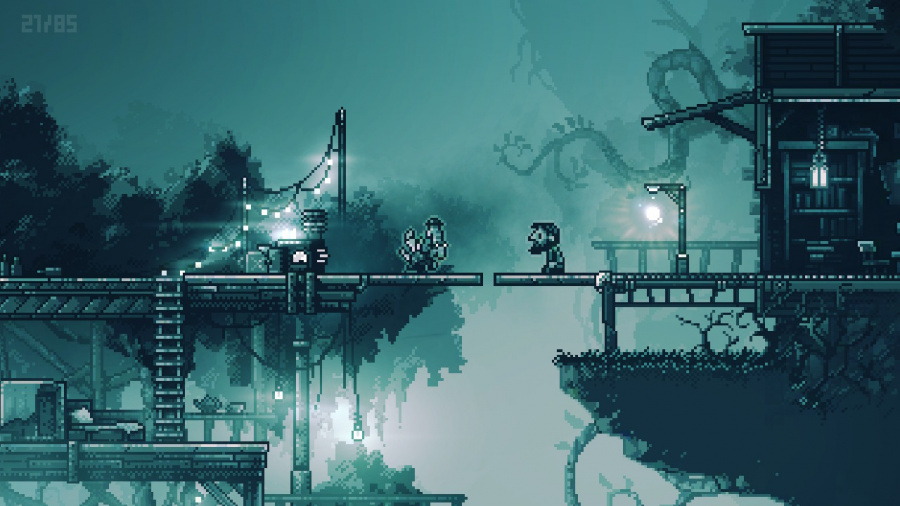 For the majority of that time Inmost manages to keep things impressively engaging with the mixture of character playstyles on offer, a handful of well-hidden collectibles to hunt down, one or two excellent set-pieces and some unsettling nosedives into full-on horror mode that keep you pushing forward as the disparate strands of the narrative slowly begin to merge together. It’s a shame, then, that in its final hour or so Inmost decides to wrestle control entirely away from the player in order to bring things to a needlessly neat and tidy conclusion.

A narrator, who for the most part has been relatively quiet, suddenly comes to life in this final stretch, filling in the blanks and tying things together in a rather heavy-handed and ever-so-slightly hammy fashion. We won’t go into too much detail as spoiling any element of the story here really would be spoiling the experience entirely, but it’s just a shame that a story that was coming together so nicely and is so deftly told for three quarters of the experience ends up feeling a bit like it’s been rushed to a conclusion in the end.

There are a few other niggles here and there with regards to the game’s controls which can be a little finnicky at times – you may find yourself struggling to clamber up and down off certain items as the young girl, for example, and there are also numerous instances of pretty much unavoidable deaths against one or two enemies who’ll bamboozle you repeatedly until you finally discover the specific trick in how to avoid them. 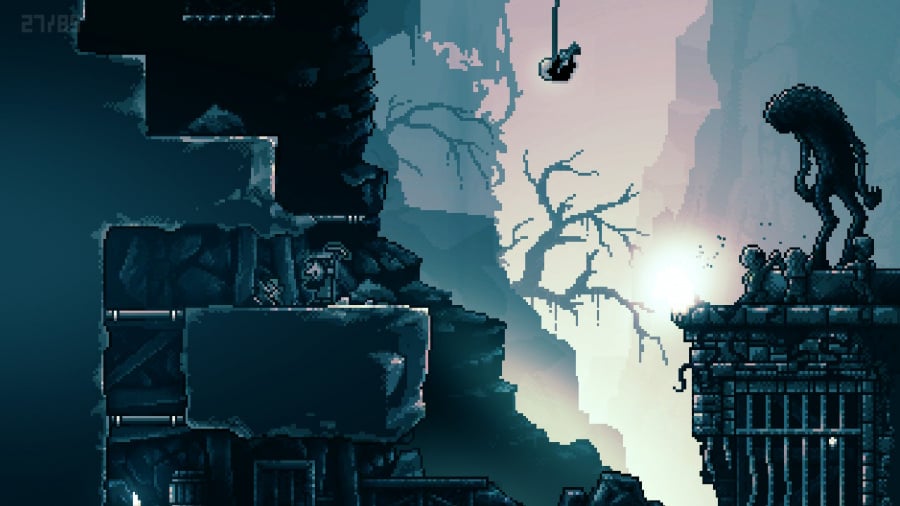 However, these issues aside, Inmost is a genuinely haunting and memorable experience that will stick with you for quite some time after you’ve set your controller down and it’s one that should be lauded for how unflinchingly it approaches some seriously tough subject matter.

Inmost tells its dark and troubling tale with plenty of style and there’s an expertly handled mixing of narrative elements and satisfying gameplay mechanics for the most part that only really loses its way in the final stretch, unwisely wrestling control away from players and brute-forcing a rather neat and tidy ending that’s at odds with how deftly the multi-layered story is handled early on. This and a few control niggles aside, however, are not enough to derail what is a genuinely haunting and memorable experience that’s well worth checking out.

Exclusive: TENS! Marks The Return Of Codemasters’ Co-Founder To The World Of Nintendo

Round Up: Everything Revealed During The Nintendo Life Indie Spotlight

Untitled Goose Game Is Getting A Free Multiplayer Update Next Month