58
0
by uJRMhoSi3X
In Nintendo Life

There was a huge red flag right from the off, when G.I. Joe: Operation Blackout had not been accurately renamed Action Force: Operation Blackout for a British audience. We don’t want to be reminded of the incredibly crap films, we want to be reminded of the brilliant IPC comic Battle, and its Action Force strips that eventually spun off into their own publication. Give us that, somehow, Hasbro!

We have no affection for G.I Joe. Maybe that isn’t the case for you – maybe G.I Joe is your favourite thing ever. Somehow, even if that’s the case, we doubt you’ll find much to get excited about here. G.I Joe: Operation Blackout is the most bog-standard third-person shooter we’ve ever seen. It most reminded us of Volition’s all-but-forgotten Agents of Mayhem, but rather than inheriting that game’s character, Operation Blackout has elected to simply ‘borrow’ its bland, forgettable gameplay. 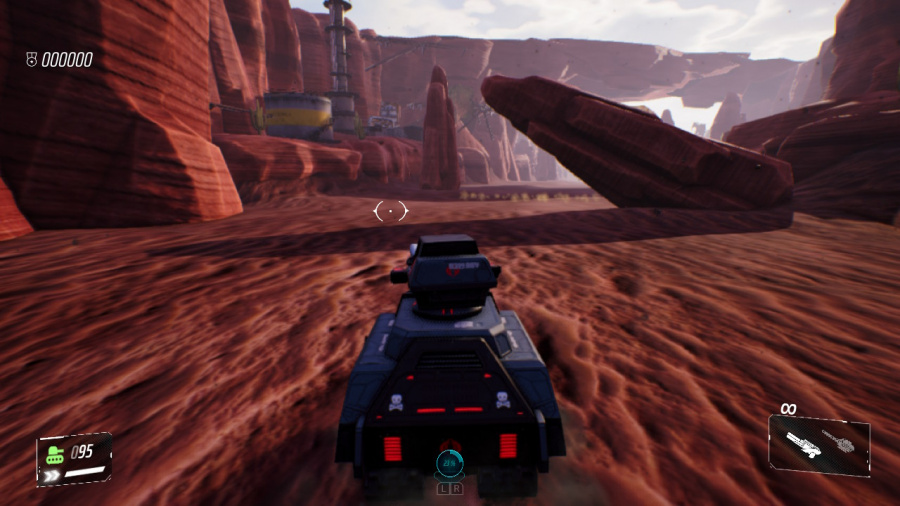 The game’s campaign mode is a serviceable enough slice of blasting action, but it doesn’t stand out even on the Switch – a system not exactly swimming in third-person shooters (compared to other platforms). Unfortunately, the shooting in this shooter doesn’t feel good, making it a failure on a very crucial level. There’s copious auto-aim which always seems to snap to the wrong target when you hit the left trigger, leading to frustrating misses. You can turn the auto-aim off entirely, but even this doesn’t fix things as the manual aiming felt weird no matter how much we messed with the stick sensitivity. All other aspects of movement are decent enough, but the most fundamental thing in a title like Operation Blackout is its meat-and-potatoes shooting gameplay, which has been rather botched here.

Other aspects of the game elevate the proceedings a little; the level design is decent, with a pleasant verticality in places and smartly-designed combat zones. Hidden collectables give a reason to explore them, too. The objectives are pretty standard stuff — capture this area, activate these consoles, use this turret — but they’re paced nicely and you’re never doing the same thing for too long. It’s surprisingly challenging, too, even on Normal — though this is partly down to a notable lack of a cover system, meaning pot-shots are about your only recourse when enemies start to pour in. There are some vehicle sections too, which reminded us a little bit of the action-packed driving bits from 007: Blood Stone, but about ten times worse. They were great in 007, though, so that’s still faint praise. 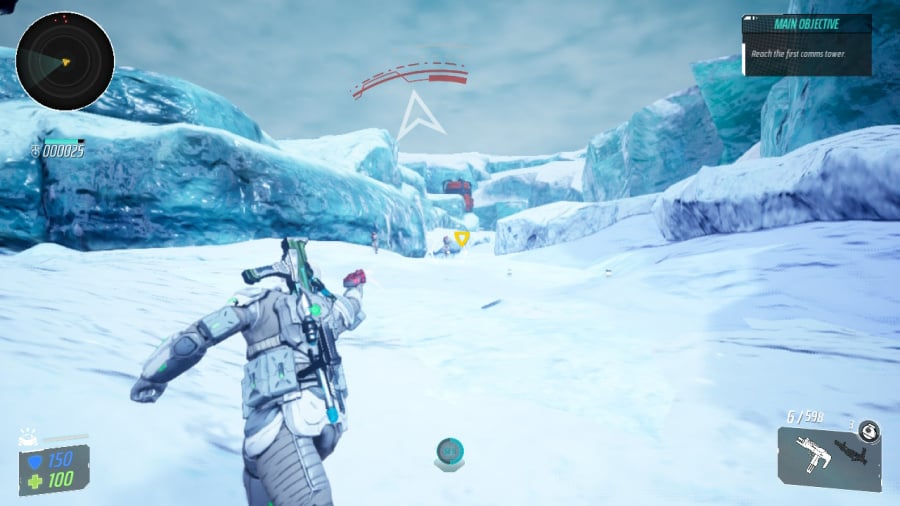 You can pick from the various different “Joes” (deep, profound sigh), with such names as Duke, Snake Eyes, Roadblock, Scarlet, Bookfair and Caramac. We made up a couple of those — sorry — but it’s that kind of Saturday morning jingoistic-military-fetishism-disguised-as-japes kind of campness you’ve come to know and love (…?) from the Action Force cartoon. They have different weapons and powers in the same manner as, well, Agents of Mayhem, but it effectively amounts to one gun and one special move, activated by tapping L and R when a bar fills up. Oddly enough, though, this don’t seem to actually do a whole lot. They’re so situational that most enemies will simply run in the opposite direction of whatever it is you inflict. Duke, for example, has a grenade that explodes multiple times, but it’s pretty hard to imagine a situation where it would even hit once given that enemies beeline away from your regular grenades, too. Sensibly, we might add.

The story is communicated via mostly still scenes, but they’re attractive and capture the vibe of the cartoon nicely. Presentation is, generally, quite good. The graphics lack the cel-shaded flair of the other console versions, but you can’t play them on the bog, so who cares? Actually, we suppose you could, but it would arguably be quite unwieldy… but we digress. The graphics: they’re fine. They’re fit for purpose, the stages look distinct from one another and they’re well populated. Plenty of enemies on the screen, no slowdown. It runs at what feels like a locked 30fps, which is perfectly acceptable for a (hybrid!) handheld shooter with environments as large as Operation Blackout’s. And if you get bored with the campaign, which is quite easy to do, you can hop into versus multiplayer modes! But only locally. No online. Hmm.

If we’ve made this game sound thoroughly generic, that’s because it is. But it’s not a disaster — Operation Blackout has plenty to do, with unlockable skins and modifiers to mess around with if you get into it, and there’s love for the G.I Joe property here, so fans of the toys may get a kick out of it. For everyone else, though, it’s a very difficult game to recommend. If you want a third-person shooter on Switch, Rebellion’s Rogue Trooper or Zombie Army Trilogy are both better buys. And now you know. And knowing is half the- actually, no, forget it. We’re not even going to finish the thought. We’re better than that.