Zen Studios has always had a bit of an issue with being typecast as ‘that pinball studio’. To be fair, the studio has done a tremendous job in designing the dozens of tables in its Pinball FX line, but that’s far from the only thing the team works on. The most notable of these ‘other’ projects is Castlestorm, a fusion strategy game which launched on last-gen consoles and mobile to relatively high praise.

Castlestorm II picks up shortly after the previous game, but here, Sir Gavin has to deal with the effects of a ‘Great Calamity’ that has completely reshaped the landscape of the kingdom and also caused an unfortunate rise in undead hordes of terrifying creatures. His efforts to investigate and quell the source of the calamity inevitably then lead into a second campaign in which you play as a new vampire princess character named Luna. Much like the previous game, it’s clear that the narrative isn’t really the focus of Castlestorm II, as events play out in a sort of detached and rote series of events that don’t do a whole lot to inspire empathy in the plight of the characters. Even so, this doesn’t necessarily mean that the story is to be ignored, as there are plenty of solid comedic moments to keep matters interesting. 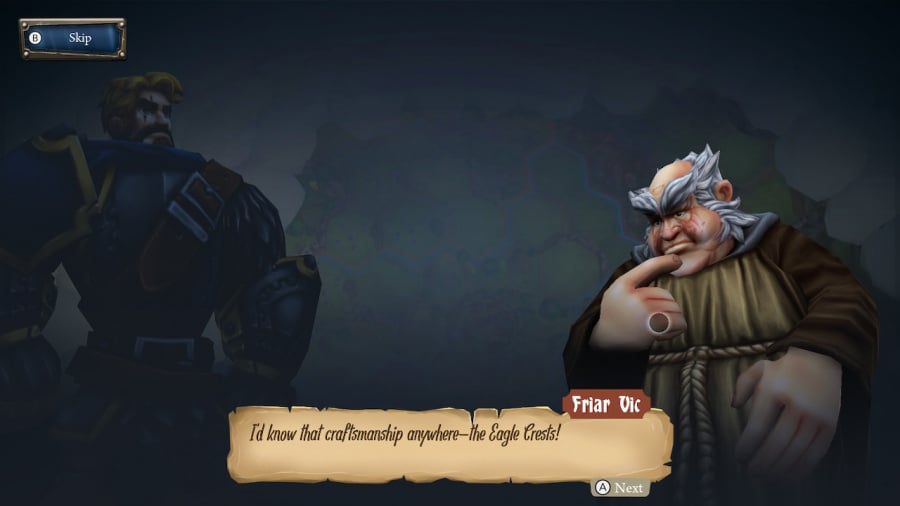 For example, an early quest sees Gavin taking his army down to a village that’s being ravaged by a horde of rabid purple spiders. Upon arriving, however, Gavin discovers that the spiders can talk and that the whole thing was a misunderstanding. Against the counsel of our peers, we opted to believe the spiders and let them go, and the thankful things decided to do us a favour by clearing out a mountain pass that was previously blocked to us. It’s moments like that which remind you that Castlestorm II isn’t all too concerned with taking itself too seriously, and that proves to be a strength of its storytelling that shows itself again and again.

Castlestorm II continues its predecessor’s unique blend of several different genres, making for a gameplay experience that proves itself to be wholly unique in the broader industry. The bulk of your experience is centred around battles that take place on 2.5 maps in which you and an enemy faction have strongholds on opposing sides. The goal is usually to either destroy the enemy’s base or steal their flag, and you achieve this by deploying members of your army one at a time to automatically march their way over. Along the way, your units will do their best to cut through whoever tries to stop them, and you can help out a little by supporting them with ballistae fire from a manually controlled launcher sitting at your base. If that’s not hands-on enough for you, you can also choose to ‘possess’ units to take direct control of them and fight it out yourself with relatively basic hack ‘n’ slash controls. 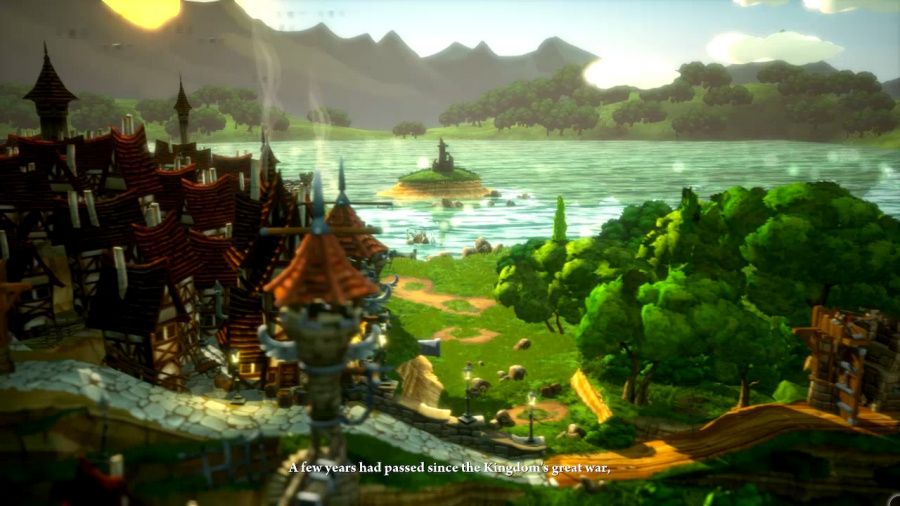 There’s a lot more strategy to it than it sounds, however, as everything you do is based around resource management. For example, a passively regenerating energy meter governs how you often you can send new units out, with more powerful units generally costing more and having fewer reserve members to throw into the meat grinder. So, you always need a stream of units going out, but who you send and when is a decision you have to make based on the state of the battlefield. And while taking direct control of characters certainly helps to remove some of the dependence on your AI playing well, you also run the risk of killing that unit and losing access to them for the remainder of the fight.

There’s a lot of different elements at play in a typical battle, then, but Castlestorm II does a solid job of pulling it off and making each decision you make feel meaningful. That precariously-balanced blend of player skill, strategic thinking, and plain luck makes each fight feel tense in the best kind of way, demanding that you pay attention to all the moving parts and adjust your interactions accordingly. The moment-to-moment action of battles would be enough to keep Castlestorm II interesting on its own, but Zen went ahead and added an entire additional layer of meta-strategy to ensure that these battles have effects long after everyone’s sheathed their swords. 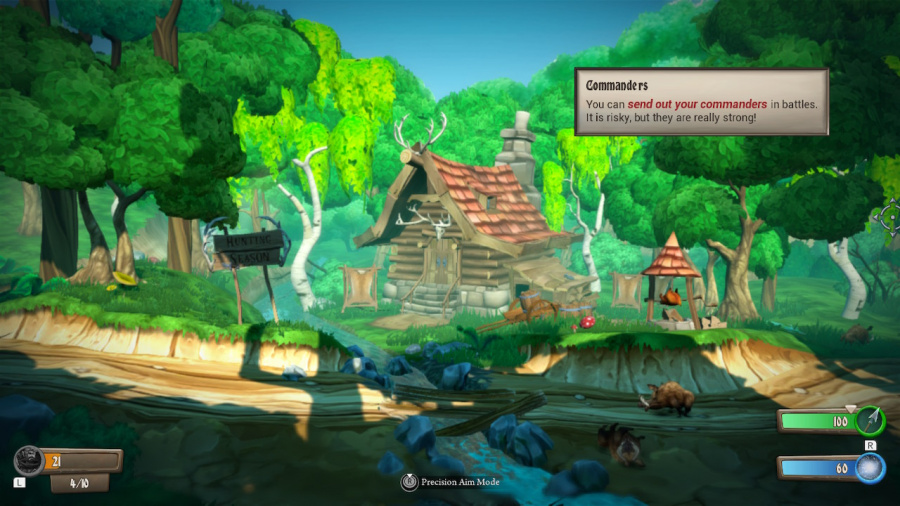 See, Castlestorm II notably builds on its predecessor’s gameplay by introducing a new ‘4X’ style strategy game, meaning that the battle – and, critically, all the growth of your army – is inextricably tied to a huge hex-tile map. Different tiles have different qualities, such as having a forest or a mountain, and you can then choose to build structures on these tiles so you can harvest the resources and invest them into either more structures or new upgrades for your units.

You can only guide your heroes along a limited number of tiles on the map for each turn, which adds a fraught sense of pressure to everything you do. The map is rife with enemy factions that vie for control of your territory, meaning that you need to balance effective resource gathering and generation against the necessary evils of defending your bases. For example, an enemy faction may be clearly making a play for one of your bases, and if they successfully lay siege to it, you’d lose access to all the structures within its territory. Do you spend the turns to cross the map and try intercepting that enemy before they reach the castle, or do you trust the defences you set up and continue pursuing the questline you’re on? 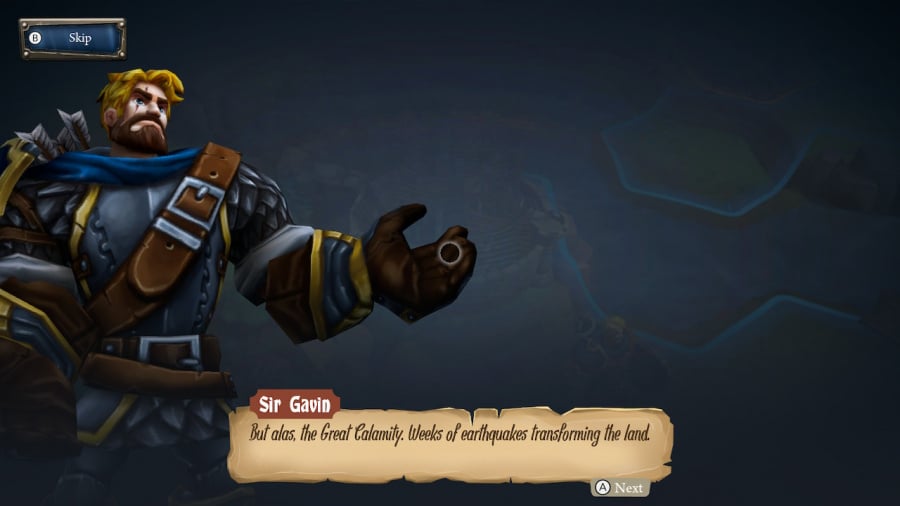 Everything you do has consequences, good and bad, and this helps to keep you engaged on multiple levels. Not only do you have to think about tight resource management on a turn to turn basis, but this goes all the way down to the battles you frequently find yourself in that have ramifications on how those resources are generated and distributed.

This all comes together, then, to make for a nicely synergistic gameplay loop. Thus far, we’ve covered: 4X strategy, RTS, Tower Defense, and hack ‘n’ slash elements, which means that there are effectively a few separate games being played out in parallel in Castlestorm II. On some level, it does feel like each of these components are a little underdeveloped, like there’s more depth that could be explored but isn’t for the sake of brevity.

Even so, it’s rather surprising how well each of these disparate parts affects and change the others, making for a cohesive whole. A failed defence of a castle can lead to a hit to your gold income, for example, which then slows down how quickly you can build up other structures elsewhere. And that failed defence could be because you didn’t manage your units well enough or because you manually handled a hero character poorly. The point being, there are a lot of unique ideas on display here that – in any other game – would make it feel like more of a patchwork of unconnected, but fascinating concepts. Castlestorm II manages to make those ideas build upon each other, so that each one is just as critical to the whole as the next. 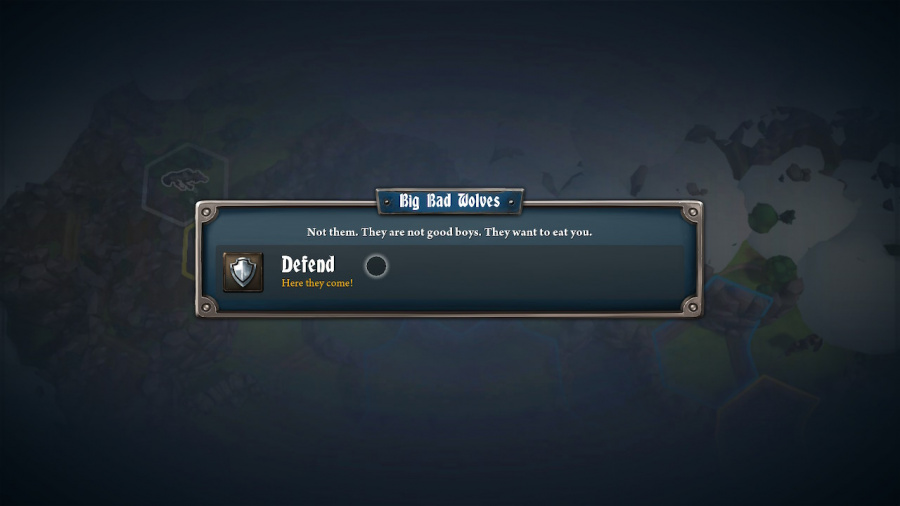 If that were all there were to say, we’d happily wrap this review and give it top marks, but unfortunately, Castlestorm II stumbles substantially in how it executes its design. Simply put, this does not feel like a game that belongs on the Switch. For example, the controls need a lot of work, with all the issues present in the original Castlestorm being repeated here again. In a typical battle, you control the ballistae by moving a cursor around the screen, something which can be controlled only by using the right stick. This makes aiming frustratingly imprecise, then, as you spend more times faffing about with the cursor than you do consistently landing headshots on enemies. You can click the stick once to enter a precision aiming mode, but this does little to assuage issues that arise from crudely mapping a clearly keyboard and mouse-centric control scheme to a controller.

This issue with the cursor extends beyond just the ballistae, unfortunately. Everything you do is navigated by moving the cursor around, and it maddeningly doesn’t move at a consistent speed. Sometimes it likes to speed up or slow down suddenly, which leads to plenty of moments where you’re trying to select an icon or tile or menu option and overshoot it. Such an issue may seem amusingly minor, but its pervasiveness has the effect of making the entirety of Castlestorm II feel janky and frustrating. It’s not that the underlying design is flawed – far from it – but your interaction with that design is needlessly hindered. Imagine playing, say, Super Mario Bros. 3, but whether Mario would walk or run was random and something you had no control over. It wouldn’t change the level design, nor would it change the mechanics, but it would invariably make the game far less enjoyable because of how you’re forced to interact. 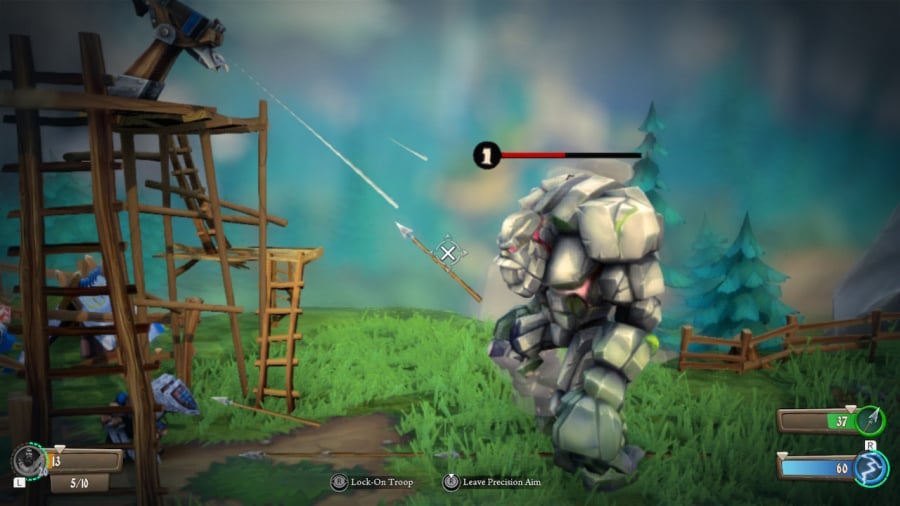 Such matters with controls make Castlestorm II feel unnecessarily sluggish, an issue which is exacerbated by the litany of load times that constantly rear their heads. Basically, every time you travel to or from the main map (which is something you’re always doing) there’s a five to thirty-second load screen before you can do anything again. Does a commander need a few more troops replenished before the next fight? You need to wait twenty seconds before you can do the two clicks necessary to make it happen. Do you want to install a new ballista in the castle that’s about to besieged? Hold on for a bit while we load up the castle screen.

On their own, none of these load times are bad at all, but it’s the sheer unavoidable frequency of them that really begins to wear at you. Combine this issue with the poor controls, and Castlestorm II quickly becomes a game that wastes a lot of time on hokiness than on actual gameplay. It seems that for every two minutes of game time, you spend at least one of those staring at a loading screen or waiting for the cursor to cross the screen and land on the menu option you want it to. That adds up.

As for presentation, Castlestorm II again stumbles, though not quite as bad as the controls and loading times. The same goofy, Warcraft-esque art style is employed here again and used to great effect in putting forth an expressive and colourful world rife with details. Unfortunately, the performance isn’t quite there, with the FPS hovering it what feels to be a sub-20FPS range regardless of docked or handheld. The resolution remains consistently low, too, making for an experience that plays out in a semi-stuttered and blurry fashion that just doesn’t look great. We feel it also needs to be mentioned that animations are a bit lacklustre, giving the movement of character a sort of cheap feeling. When you, say, swing Gavin’s sword at an enemy and they either don’t visually react at all or they play a canned ‘flinch’ animation, it makes the gameplay feel that much cheaper.