17
0
by uJRMhoSi3X
In Nintendo Life

Dark Screen Games’ Bounty Battle is such a great idea. “The ultimate indie fighting game.” Super Smash Bros. with a roster of pugilists from the cream of the underground scene over the past few years. The protagonists here hail from classics such as Dead Cells, Blasphemous, Axiom Verge, Owlboy, Nuclear Throne and Steamworld Dig to name just a few, it’s certainly an enviably awesome cast with the potential to provide a riotously good time for arcade brawler fans. It is somewhat unfortunate, then, that all of this potential has been absolutely wasted on a game that’s among the worst titles we’ve played in a very, very long time.

From the moment you launch into Bounty Battle, the problems immediately start to pile up. Its menus are janky and confusing to traverse, protagonist portraits are horribly low-res, the character selection screen is dark and dingy, there’s no multiplayer, tournament mode is a frustrating farce, challenge mode is a tedious bore, the framerate is appalling… it’s a genuine struggle to find anything to praise here, and that’s just a crushingly disappointing situation given the premise and the fact that Dark Screen Games’ managed to acquire the rights to all of these amazing characters. 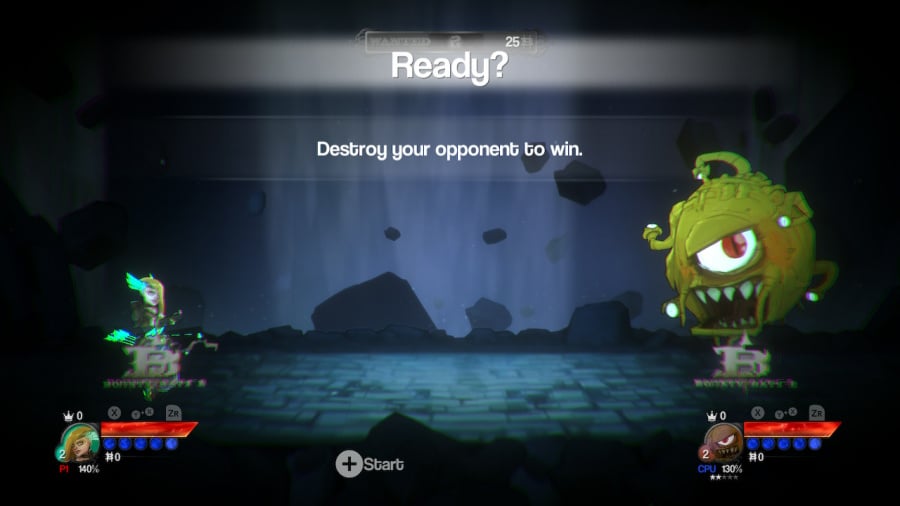 Combat in Bounty Battle sees you take on opponents – in single-player or local co-op – using your chosen protagonist’s poorly-implemented move set. You can string basic, janky combos together by bashing Y, hit out with rubbish strong attacks using X, “throw” with R, dodge with B, jump with A and perform a poorly-animated special with ZR. As you flail around the screen you’ll accrue bounty points which you can then use to purchase a minion who, apparently, fights by your side once summoned but, in our experience, does absolutely nothing but mill around pointlessly in the background.

Let’s take Juan Aguacate from Guacamelee as a quick example. Earn enough bounty points and Juan can summon some… chickens. These chickens then proceed to knock about in the background without affecting the battle at hand, pecking the barren backdrop, most probably in a desperate attempt to find a way of escaping the mess they’ve found themselves in. The titular bounty system here and the point behind summoning minions is so poorly explained by the underwhelming and ineffectual tutorial that it’s genuinely hard to fathom what the developers were trying to achieve with them.

Alongside your basic move set, your character can also perform more complex offensive actions such as launchers – the idea of being able to put these to use in the face of this game’s atrocious framerate is laughable – unreliable dodge rolls and even teleportation (which consists of your character moving in a straight line up and then down again). The vast majority of these moves – for each and every one of the thirty characters available here – are janky, unresponsive and unsatisfying to perform, a situation made infinitely worse by animations so basic that most of the time your fighter looks like a static cut-out shuffling around whatever poorly designed arena they happen to be getting pummelled in. 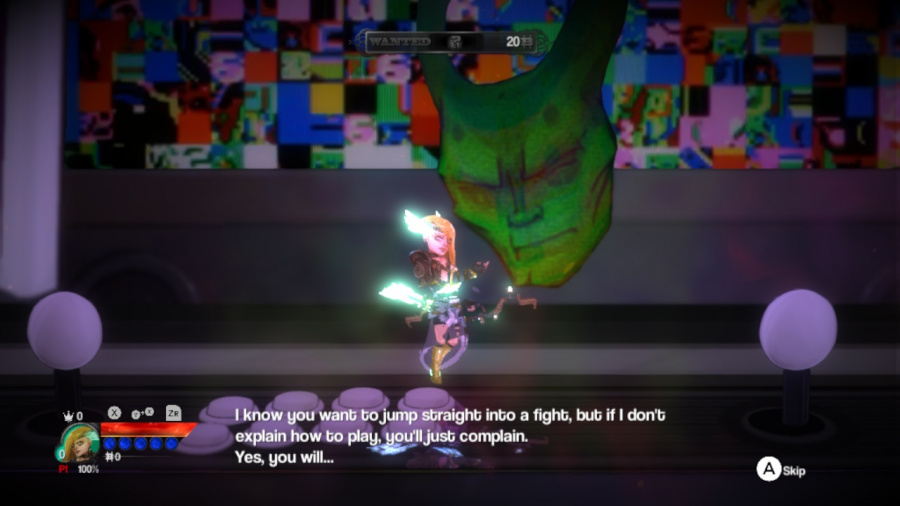 In order to attempt to make some sense of what we were playing here, after banging our head off it all for what seemed like aeons, we decided to go forth into battle with the most straightforward character we could find – Trace from Axiom Verge – whose three weapon attacks are at least easy to read and discernible amidst the nonsensical carnage. Employing Trace in this way fully laid bare how ill-conceived everything about this game is. There is zero flow to combat here, no sense in how you attack, defend, take or dish out damage. It’s nothing short of a disaster.

During the game’s tournament mode you’ll often face off against three opponents at once – and this in a game where two opponents on-screen absolutely cripples the framerate. With three or more protagonists, you’re basically dealing with a slideshow. The only place we had a smooth framerate in Bounty Battle, and even then not 100 percent of the time, was in the training arena. It’s an unplayable mess and an insult to anyone who shells out the ludicrous asking price. If this game was playtested at any point, we really aren’t sure what the playtesters were thinking.

Tournament mode is the main draw of the content you’ve got to dig into here in single player and it’s just shockingly badly put together. You can’t choose your fighter; instead, you make your way through five stages per character taking on random formations of enemy combatants rounded out by a crap boss battle. If (and it’s a big ‘if’ given the framerate) you manage to emerge victorious from this farce, you’re then awarded for your perseverance with a blurry, low-res, static image of the pugilist you were currently using. The least amount of effort possible completely evident at this point, there aren’t even any difficulty settings. Challenge mode fares slightly better but only because it allows you to choose who to fight with and keeps things on a 1v1 basis so the framerate can simply struggle rather die on its arse entirely. 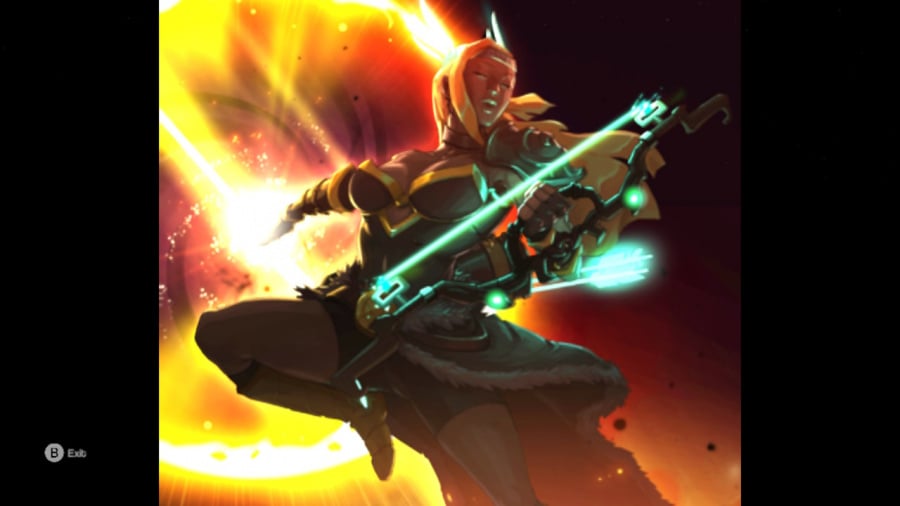 If we had to find anything positive to say amidst the amateurish button-prompts, terrible menus, poor fighting and atrocious framerate, it’s that the soundtrack is ‘OK’. Oh, and the opening sequence, which you may have seen in the trailer, is very nice. That’s it. It’s not a nice feeling to have to condemn the work of others like this, but Bounty Battle is just an inexcusable, shockingly lazy, godawful mess of a game. It feels broken and unfinished and there’s no conceivable way the developer isn’t aware of all of this. If you are in any way tempted to pick this one up because of the promise of an indie Smash Bros.-type affair, please reconsider. You can pick up any one – or even two or three – of the amazing indie games from which Bounty Battle has plucked its protagonists for less than this atrocity costs. Avoid like the plague.

Bounty Battle is one of the very worst video games we’ve ever played. It’s got an amazing premise, for sure, and Dark Screen Games’ has somehow managed to procure the use of all of these fantastic indie characters, but that’s as far as the positivity goes. Everything else about this appalling mess is absolutely broken. Janky menus, awful combat, a shocking framerate, crude animations and poorly explained mechanics leave this one in a hole that’s surely impossible to climb out of; a hole that should be boarded up and forgotten about. If you’re considering picking this one up on the strength of that enticing indie Smash Bros. premise, trust us, run away.


WearOS Fails at Smart Home Controls. WatchOS Does It Better