We loved Blasphemous when it first launched. Awarding it 9/10 stars, The Game Kitchen was onto a winner, offering a Soulslike/Metroidvania action game with beautiful pixel art. Supported by free DLC ever since, the next free update adds Miriam from Bloodstained: Ritual of the Night, and is launching this week on February 18th.

“Strife and Ruin” will see players helping Miriam return to her own world, collecting shards to repair her portal home and undertaking new platforming challenges. A Boss Rush Mode is also planned – available if you’ve beaten the main game – and a Demake Area too, paying tribute to 8-bit platformers.

‘Strife and Ruin’ also introduces Boss Rush Mode, which becomes available after completing the main storyline. Ramping up the challenge to new heights, the mode features courses containing a selection of bosses that players take on using any of their save files. Each run is assigned a score based on various factors, with medals available for the toughest of Penitents.

A Demake Area has also been added that pays homage to classic 8-bit platformers, providing a linear experience, played inside an arcade cabinet that is hidden in a secret location on Cvstodia, with reimagined visuals to match the retro style. Core mechanics will change to suit the classic style as well, as The Penitent One strives to gather five golden skulls and defeat a new boss to reap the rewards. Continuing the retro theme, The Game Kitchen has also included several new render modes, emulating older TV effects that can be applied throughout the entire standard game.

Bloodstained’s been having its own crossovers recently, dropping a Kingdom Two Crowns DLC update last month and a Castlevania tribute was hidden away too, accessible using the Konami code. Miriam’s also appeared as an unlockable costume in Wallachia: Reign Of Dracula, so it’s not surprising to see her appearing elsewhere.

Are you a fan of either game? Looking forward to this update? Let us know down below. 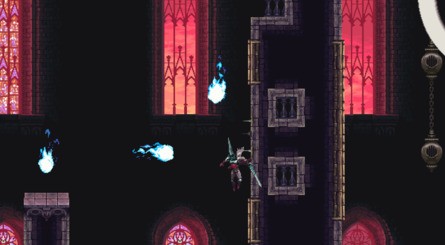 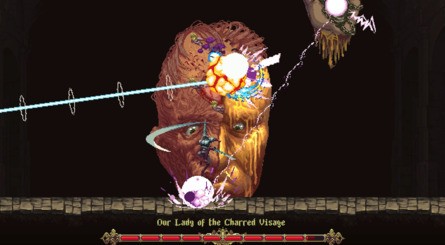 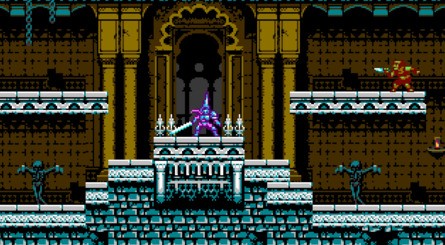 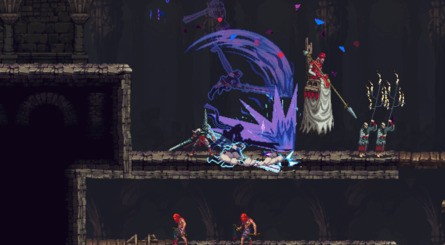 Fortnite Season 5 Week 14 Challenges and How to Complete Them

Gnosia Is Out On Switch Today, And It Looks Like Among Us Crossed With Virtue’s Last Reward

Overcooked! All You Can Eat Serves Up The Series’ Biggest Portion Yet On Switch Next Month