When it comes to the simple pleasures in life, few things can ever beat a good meal. We’ve seen cooking factor into various games by now, often as a side mechanic, but increasingly becoming that experience’s core focus. Developed by Streamline Games, we now find Bake ‘n Switch arriving on Switch, described as a “violently cute co-op party brawler”. Taking this kitchen to both tropical and desert locations, it’s reminiscent of Overcooked in numerous ways but doesn’t fully rise to the occasion.

We must warn you now though, Bake ‘n Switch cannot be played in single-player at all at the time of writing (it’s expected to arrive in October, the developer tells us). It doesn’t feature AI characters that can help you within an offline solo adventure and you’re unable to join random online players like in other multiplayer titles. Everything is 2-4 player co-op and an online group can only be formed via the Switch’s Online Play Invitations. Party experiences are rarely as fun when playing alone, something Super Mario Party can attest to, but to remove that option entirely is rather unfortunate. 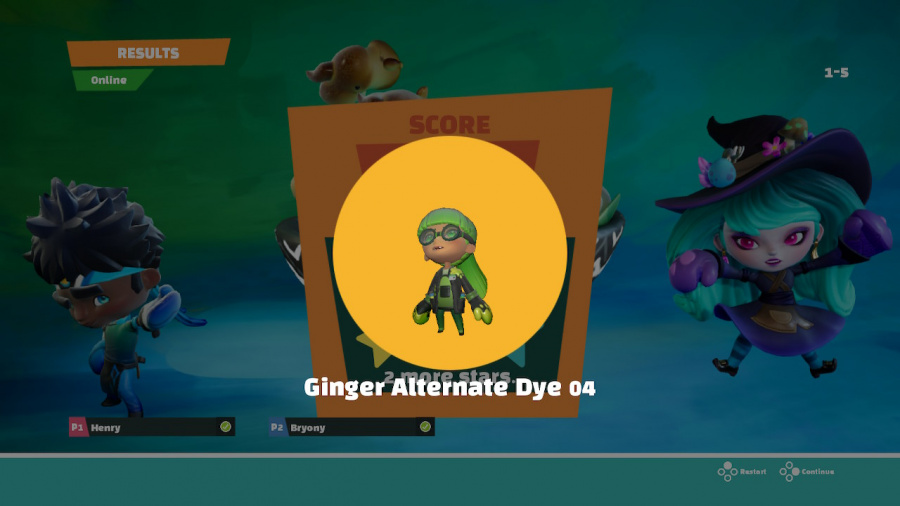 Upon loading up Bake ‘n Switch, your eyes are immediately drawn to this vibrantly gorgeous presentation Streamline Games has brought us. There’s a colourful world filled with cutesy characters, alongside 7 different dough versions of animals such as Doughrillas, Bunboas and Doughdoughs. This all comes backed with a cheery soundtrack that won’t fail to put you in a good mood and a surprisingly high number of fully-animated cutscenes to keep proceedings humorous.

Taking us to the world of Fla, we find a land inhabited by cutesy dough-based creatures and you play as one of six Master Bakers; Ginger, Parsley, Rosemary, Thyme, Sage and Salt. Finding this world under threat from an infection known as Mouldies, Fla’s Guardians awaken from hibernation to protect it once more. Problem is, a long sleep has left them completely famished, so to keep them going, our six Bakers must keep feeding their Guardians to vanquish this disgusting menace. To do that, it requires sacrificing the dough creatures that inhabit this land.

Bake ‘n Switch’s main content lies within co-op missions, set between Tropic Toaster’s beautiful beaches and the unforgiving desert terrain of Serradurra. Working together within a set time limit, each Baker must make their offerings by catching the local dough creatures, throwing them into designated stone ovens for points. Dough can be merged into a larger animal by throwing them together, holding up to 30 creatures at once as long as they’re the same creature. It makes them heavier to carry but offers a lot more points for your trouble. 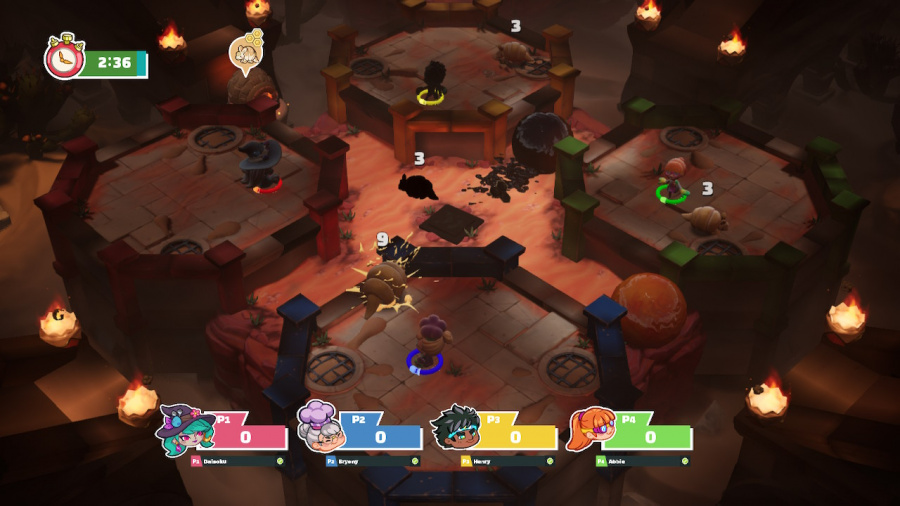 Mouldies will try and stop your progress, latching onto dough that freezes it in place. If it’s a larger dough they’ve targeted, they gradually eat away at it. To stop them, each character can punch these Mouldies and after some time, your Baker’s special meter will build up, allowing them to perform ultimate attacks. For example, Rosemary picks up a rolling pin to swing, Sage can summon cauldrons to create a whisking brew that defeats Mouldies and Thyme launches flaming punches from his mitts. It makes for a fun experience and working together with friends certainly enhances that feeling.

Stages will often present environmental hazards like rivers or quicksand that keeps gameplay varied but often, the Guardians will want something different than just your standard dough. Sometimes they want a particular species or for your offering to be flavoured, allowing you to throw them into watermelon or honey pools. What they want is signalled via the ovens and offering them something else results in a points deduction. It tries to replicate that panicked sensation you get from Overcooked’s customer demands and occasionally becomes a little too hectic. That said, it keeps gameplay fresh and rarely felt repetitive. 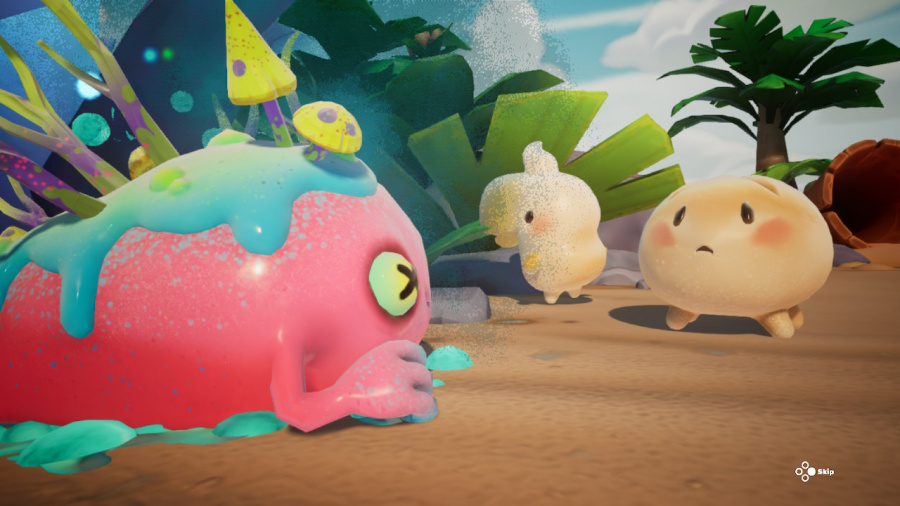 Once the time limit is up, your points determine how many medals you earn, allowing a maximum of 3. Advancement often requires obtaining a set number of medals and that includes unlocking Serradurra. To add extra incentive, these medals also unlock new cosmetics after achieving a set number, providing alternative outfits and new colours for our cast. Unfortunately, when it comes to online play, only the host unlocks anything and that also applies to campaign progress, which is quite annoying.

Outside of this, a PvP mode is also offered but by comparison, this is quite limited. Considering Bake ‘n Switch boasts 100 different levels, both Tropic Toaster and Serradurra only have 4 PvP missions altogether. These missions do get creative and range from tasks like hitting Armadoughs into your respective oven or circumventing boulders. It’s fairly enjoyable, but considering the lack of content here, almost feels like an afterthought.

Bake ‘n Switch makes for a fun experience overall but it’s hard to deny that certain elements feel bare. With a minimal PvP mode, no single-player option (at launch, anyway) and issues with online progression, it does feel rushed upon delivery but there’s still plenty of content to keep players busy. If you can assemble a team of friends, have a younger family to entertain or just want a new multiplayer experience, there’s enjoyment to be found here – but it’s a cautious recommendation.