Vampire: The Masquerade – Shadows of New York Sinks Its Teeth Into Switch This September

Alongside the standard edition of the game, PC players will also be treated to a deluxe version containing an artbook and soundtrack. Sadly, this won’t be available on Switch.

Not to be confused with Vampire: The Masquerade – Coteries of New York, Shadows of New York is described as a stand-alone expansion and a companion piece to the previous title. While Coteries was aiming to serve as a general introduction to the world depicted in tabletop RPG Vampire: The Masquerade’s fifth edition, Shadows has been designed to present “a more personal and unique tale”.

The new trailer (up above) shows off some never-before-seen art and gameplay, and also gives us just a tease of the new game’s musical direction. Here’s an official description to tell you a little more:

In Shadows of New York, players take on the role of Julia, a vampire of the mysterious and powerful clan Lasombra. Our protagonist is currently stuck in a rut, occupying a theoretically prestigious, but practically unimportant position in the city’s most influential faction – the Camarilla. This will all change when the news of the final death of the Anarch Baron of NYC reaches the Court’s attention – an unlikely nomination will seem a chance for Julia to finally make a name for herself, but she will be judged every step of the way.

The player’s choices will lead to one of two endings to Julia’s story, as well as influence her approach in key scenes on her way to the plot’s conclusion. Shadows of New York will also include more amazing key scene illustrations than Coteries of New York, which help flesh out the events of the game with unique animated art. In addition to those improvements, we are also happy to announce our cooperation with the talented composer Resina, who is responsible for the entirety of Shadows of New York’s soundtrack. Her moody style, which mixes haunting vocals with classical instruments such as the cello and warped electronic sounds, make for a perfect fit for the World of Darkness and a great companion to the events unfolding in the story. 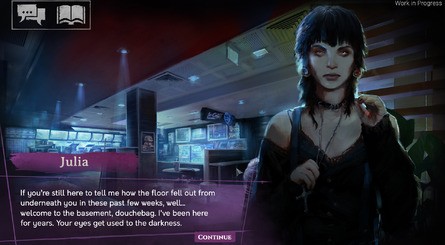 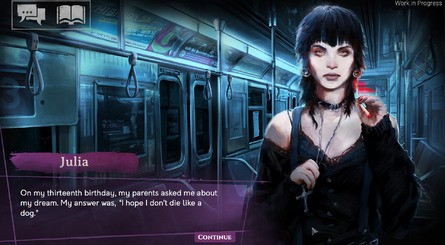 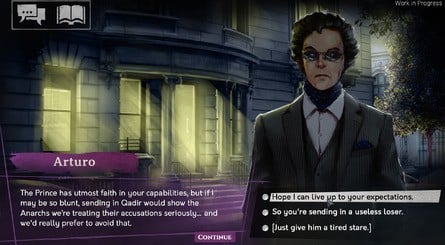 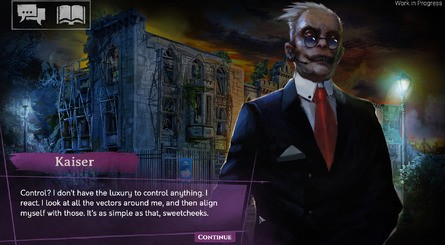 Shadows of New York is set to launch on Switch in Q3 2020. We’ll make sure to keep an eye out for more news on this one as we get closer to release.

Did you play the previous game on Switch? Are you liking what you’re seeing with this new game? Share your thoughts with us in the comments below.