Stumbling across the original Umihara Kawase for Super Famicom many years ago, we never thought it was the sort of thing that would become such a recurring series. Following traditional entries on PlayStation and 3DS (as well as a clutch of reissues and appearances in Blade Strangers and Crystal Crisis), you’d be forgiven for thinking that the franchise’s signature physics-led-fishing-lure-for-a-grappling-hook-‘em-up gameplay had nowhere left to go. Unfortunately, you’d be right. While it’s admirable that this series has opted for a different approach in Umihara Kawase BaZooka!, we fear that this multiplayer-focused entry isn’t a great fit for the series.

What was previously an intricate platform game is now a much more knockabout single-screen platformer akin to the likes of Bubble Bobble, though this is closer to something like Tumble Pop in its somewhat awkward mechanics. You choose a character from an extensive cast – including returning cameos from Cotton (of Fantastic Night Dreams fame), as well as the army of moeblobs from predecessors Sayonara Umihara Kawase and Umihara Kawase Fresh. Different characters pack different moves, from basic melee attacks such as sword swipes to bizarre projectiles like explosive pigs (!) – strangely, it seems to us like there are some characters who are simply better, which makes the multiplayer stuff a little… unusual. But we’ll get to that. 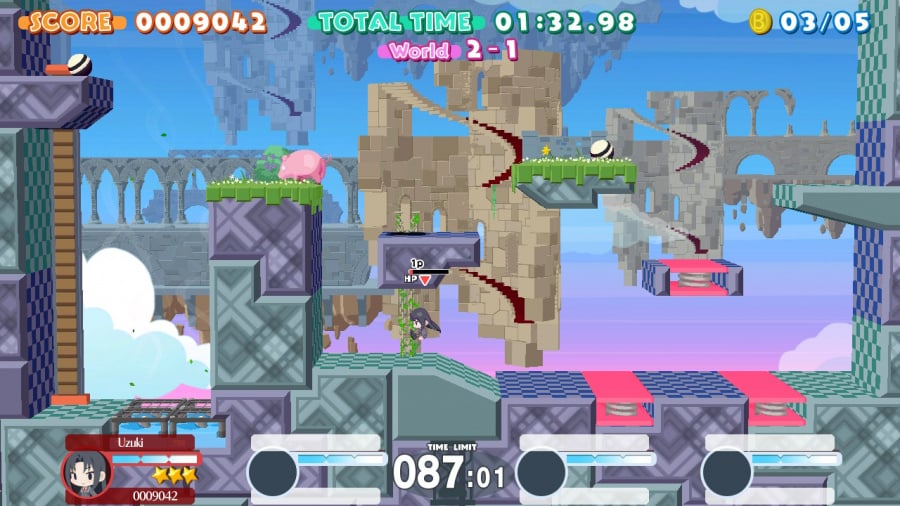 Once you’ve picked your poison, it’s out into the Challenge Mode stages in order to defeat enemies and collect coins. As familiar series monsters inhabit their respective stages, you must hook them with the fishing lure and pull them into your character in order to load the “BaZooka”, allowing you to launch the enemy like a cannonball with a tap of the R button.

Striking other enemies with said projectile will destroy them, and taking out more than one at a time will drop a “chain ball”, allowing you to continue your current enemy chain by launching it at another group. It’s a smart system in theory, but in practice proves unwieldy and a poor match for the otherwise somewhat sedate gameplay.

Defeating enemies causes them to drop coins, and the aim of each stage is to achieve its coin target before moving onto the next screen. We can’t help but wonder why it wasn’t simply the case that a screen clear would end a level; this would be a more satisfying climax then collecting an arbitrary coin before more enemies simply teleport in on the same ground. 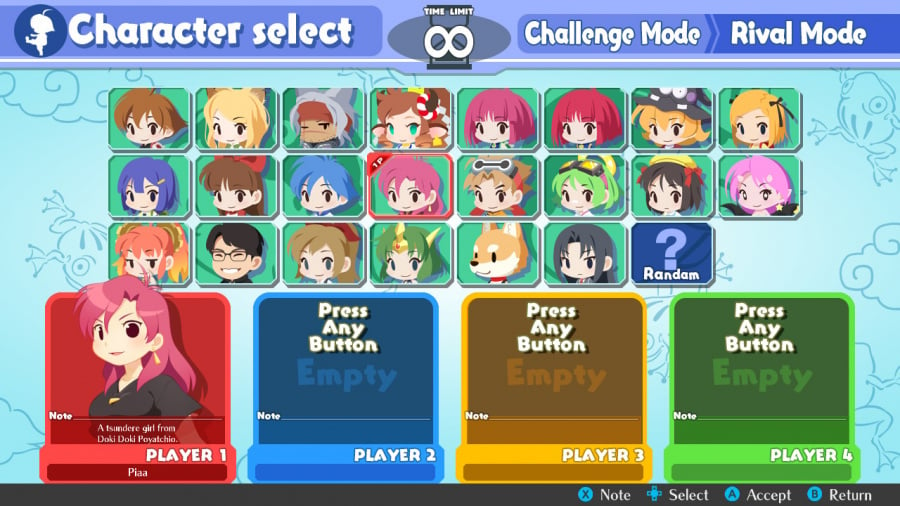 So, it’s a little samey throughout – there are only four worlds encompassing the main game’s forty levels, which means you’ll see a lot of the same biomes. Given that the central gameplay doesn’t really vary outside of the boss battles, it can make the experience feel repetitive very quickly, especially the aforementioned way that clearing the screen doesn’t clear the level – you’ll be spending a good amount of time on every screen, and they’re really not especially complex or interesting.

It’s also rife with annoyances – enemies that can only be killed with certain attacks add strategy in theory, but usually, it just means you spend a lot of time waiting around for another enemy to show up that enables the attack you need. Also, getting hit can send you bouncing backwards for absolutely ages. Why? It’s not like you can’t just go right back where you were, and it’s so irritating having to sit there until you can take control again. It’s not a punishment – that’d be the lives lost – just a source of tedious frustration.

There are multiple control styles, but none of them feel ideal. If you’re used to Umihara Kawase, you’ll want to choose the most technical one that accurately replicates the original games – but BaZooka isn’t really about manipulating the line so much as straightforward enemy combat, so you may pick one of the simpler schemes instead… then feel like you don’t have enough control over your reel! We (obviously) tried all of them, but none of them quite felt right for the game. 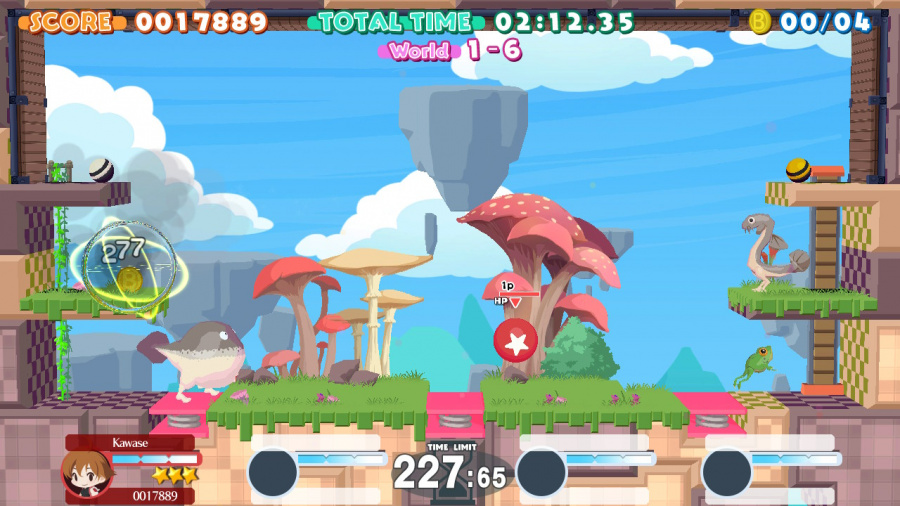 Online play wasn’t available during our review period – or, at least, no-one was playing either casual or ranked modes – but we did try out the co-op, which didn’t do much to enhance the gameplay. It could be said that the danger of blowing one another up adds a frisson of chaos to the proceedings, but it ended up being more irritating than in any way frantic, fast or furious. The versus game is more enjoyable, though as we noted it seems like certain characters’ abilities simply have a direct advantage over others. Still, it’s a decent distraction for the few minutes a couple of rounds will take before you inevitably go back to Smash Bros. Ultimate.

Graphically we don’t think it’s any great shakes – it’s not ugly, but it appears sparse and unimpressive in-game. Menus showcase more vibrant (if somewhat generic) character art, but overall the presentation of Umihara Kawase BaZooKa! feels cheap and the challenge mode feels a little like an afterthought. While 40 levels may sound like a lot, remember that they’re single screens. And Bubble Bobble had 100. In 1986.

Is Umihara Kawase BaZooKa! fun to play? Sure, a little. It’s inoffensive, but it never grabbed us. Even though it’s a short game, we never felt that burning desire to get to the end that is typically present in other titles. There are many characters, but none of them was really interesting. Cute, yeah. But not enough to mitigate the central problem that this isn’t an interesting game. We’re not sure why this is the direction the series has gone in, but could it go back to the lovingly-crafted, intricate rope courses, please? Far be it for us to call for a regression, but sometimes going back to the well is a good idea.

Marvel’s Spider-Man: Miles Morales Is Getting A Prequel Novel