Talking Point: Are Shiny Pokémon Too Common These Days?

Shiny Pokémon are a staple of the Pokémon franchise, but as time has progressed, things have shifted and the ways to get them have become more plentiful. Here, we’re taking a look at Shiny Pokémon, their history, how things have changed and asking the question: are they too common now?

What are Shiny Pokémon?

In Pokémon Gold & Silver, when the Pokémon games gained colour, a new variant of Pokémon were included. Nicknamed ‘Shiny’ Pokémon by the fanbase, now an official term, these Pokémon were highly rare variants that differed in one thing: the colour.

There’s literally no other difference, and it’s purely a cosmetic thing of just being a different colour and with a Star sparkle as it comes out, though Pokémon Sword & Shield added a second variant, Glistening Shiny, with square sparkles. Despite there being no difference, they have often been seen as trophies to flex and, for some players in official tournaments in the past, a way to sneakily run down the clock by having extra time used for its animation.

Shiny Pokémon came with a 1-in-8192 chance which then got reduced (or increased, chance-wise) as of Pokémon X & Y to 1-in-4096. However, throughout the main Pokémon games, there have been ways to get the chance of encountering a Shiny to be more common. The Shiny Charm, introduced in Black 2 & White 2, increases the chance by a factor of 3. There are also multiple methods, including the breeding method (nicknamed the “Masuda Method”), which allows for you to get an even better chance if you breed two Pokémon from different languages bringing the Shiny chance down to ‘just’ 1-in-512, if you have a Shiny Charm.

There has also been Poké Radar Chaining, Chain Fishing and more but the chances have never really dropped below 1-in-273, as seen with Pokémon Let’s Go, Pikachu & Let’s Go, Eevee!. These chances, as with probability, don’t increase with each encounter so every single one has the same rates, so you could go double or even triple the “odds” without encountering.

With these odds, many influencers around the Internet have gained a following by Shiny hunting due to the rarity of these Pokémon. The rarity of them is enticing because once you finally get it, it’s seen as a trophy or reward. 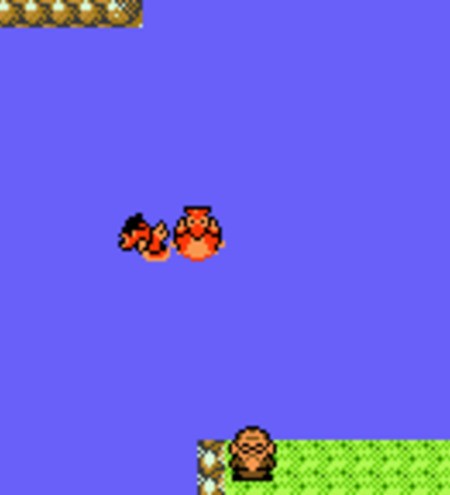 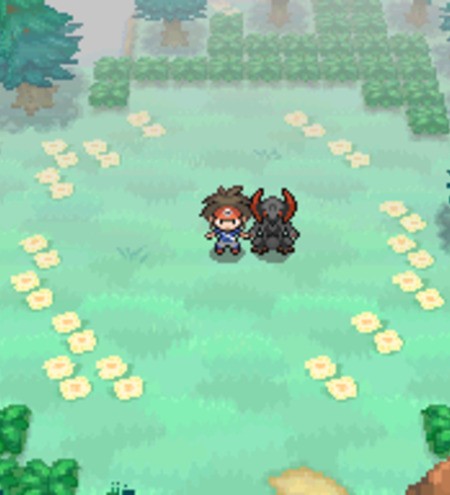 There have been some instances of guaranteed Shiny encounters in game, notably the Gyrados in the Lake of Rage in the Johto games and the Dratini, Gible and Haxorus in Black 2 & White 2, but these haven’t really happened since. Another guaranteed opportunity to net a Shiny has come from event distributions, but of all event distributions in the main series games, only around 10% of them have been Shiny.

There are also cases of Pokémon being Shiny Locked. Since Pokémon Black & White, certain Pokémon have been coded to not be shiny, typically Legendary Pokémon tied to the story. This is usually countered by the species not having that Shiny Lock in future games when they’re available through other means, but some Pokémon, mostly Mythical Pokémon, have remained without their Shiny variant being available.

The anime has also periodically featured Shiny Pokémon, with Ash having a Shiny Noctowl and various other trainers having some. In Unova, Ash & Goh even meet a trainer whose goal is to catch every Pokémon as its shiny variant.

Spin-off games have often used Shiny Pokémon as a small bonus as well. Pokémon Masters recently added them for egg Pokémon and Pokémon Shuffle had them as just special events to encounter but generally they again have been nothing overly special.

Pokémon GO is where things start to get messy. Pokémon GO, as you’re almost certainly aware, is a location-based spin-off game where you find Pokémon in the real world and you can connect your caught Pokémon to the main series games through Pokémon Let’s Go, Pikachu! & Let’s Go, Eevee and, at some point in the future, Pokémon HOME.

The rarity of the Pokémon being Shiny in GO varies with it being a standard around 1-in-400, which is a solid rarity, down to around 1-in-20. If a Pokémon is rarer for spawns, it will be more likely to be Shiny. Though most of the time only the base evolution of a Pokémon can be encountered as Shiny, the evolutions can only be Shiny by evolving. However, with Pokémon GO having events so often, the spawns of many of these rare Pokémon get boosted and so more people find these Shinies.

There are also Community Day events. These events last for three to six hours and have a massively increased Shiny rate. The Pokémon will dominate spawns and the Shiny rate is usually around 1-in-20. This means if a person plays for the entire time and moves around a bit, they can get a massive amount of Shiny Pokémon. I myself caught 22 Shiny Seedot – a large number of a specific Shiny Pokémon that I couldn’t possibly hope to achieve in the main series games.

This then has its own impact. Shiny Pokémon have become so common in Pokémon GO, that if people go through an event without getting one, have a Community Day without a Shiny or fail to get the Legendary variant of a Shiny through raids, there will often be complaints throughout local Pokémon GO groups. There have even been some instances of people complaining to Niantic that the game is “bugged” because they haven’t found a Shiny in a week. Others even push conspiracy theories of other accounts being prone to Shiny Pokémon and older accounts that play daily not getting many, just because of their luck. People expect to get Shiny Pokémon and something is seen as wrong if they don’t.

This view has even bled back into the main games with there being complaints every time a new Pokémon Sword & Shield Max Raid Battle event begins that there’s no guaranteed shiny. To their credit, there have been four instances where you have guaranteed encounters of Shiny Pokémon during a Raid Event of Magikarp, Zeraora (Non-Catchable), Wailord and Pikachu but, in order to maintain the rarity of these, they are coded to have an incredibly low catch rate so even if you encounter one, it’ll be hard to catch and these events ran for mere days.

When Pokémon GO opens up connectivity with Pokémon HOME and Shiny Pokémon from Gen 2 onwards start hitting it, the Global Trade System and main games will get inundated with the Shiny Pokémon.

So, has the shine been taken off Shiny Pokémon?

With this, the evidence is clear that, through Pokémon GO, the view of Shiny Pokémon has changed. While once they were incredibly rare showcases of luck or persistence, they have now become seen as merely content for you to obtain and strive for in each GO event.

For me, I’m in two minds. I have the goal: to obtain a “Living Shiny Pokédex”, a collection of every available Pokémon as its Shiny variant. Pokémon GO is definitely helping towards achieving that goal, but as I come from the background of older Pokémon games, seeing Shiny Pokémon be so common kind of guts the entire concept of them. It almost makes me wish they’d implement a new variant of Shiny Pokémon featuring different colours in order to get a similar feel as Shiny Pokémon used to have, but then would the whole cycle eventually happen again?

There are various aspects and views on this topic worth discussing. Are you happy with how common Shiny Pokémon are now? Would you rather they revert to being a (really) rare thing? Let us know in the poll and comments below.

Talking Point: What Are You Playing This Weekend? (September 19th)

Gallery: Get The Jump On Halloween This Year With Pokémon Center’s Spooky 2020 Collection