Back in September of 2019, one of the most surprising announcements was that Ori and the Blind Forest, an indie game under the ownership of Xbox Game Studios, would be getting a port on the Switch. After the much-anticipated sequel released on Xbox earlier this year, many wondered whether Ori and the Will of the Wisps would make the jump to Switch as well. After a surprise release on the eShop after the September Direct Mini: Partner Showcase, it is safe to say that this sequel was easily worth the wait.

Picking up after the events of the first game, Ori and the Will of the Wisps begins with Ori and their family raising Ku, an owlet from the first game. After Ku and Ori begin to practice flying, they suddenly crash over a mysterious new forest, becoming separated from one another. Now it is up to Ori to explore the forest, rescue Ku, and return back home. While the story is simple in concept, much like the first game, there is a strong emphasis on emotional impact during storytelling moments. 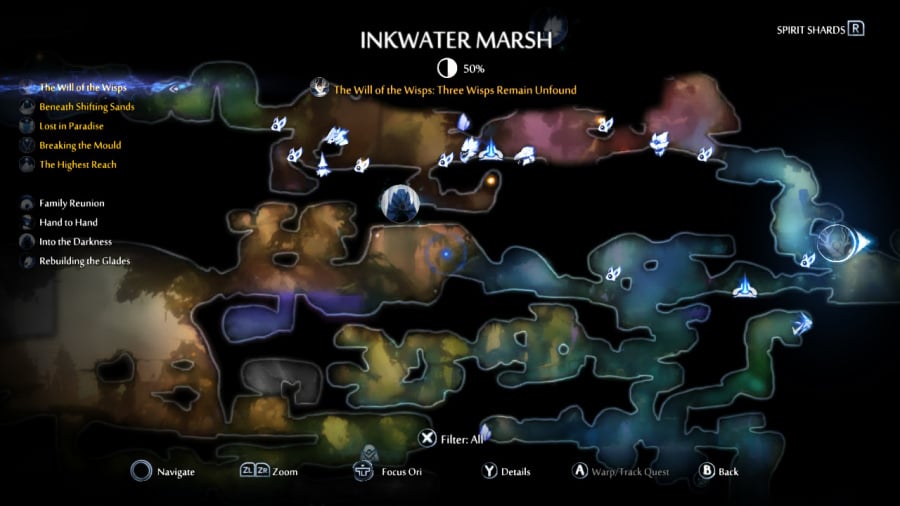 For instance, there is a scene where Ori’s adoptive family realizes Ori and Ku have gone missing and nervously take a boat into the mysterious forest, even though it is clear they understand how dangerous the mission is. Moments like these exemplify that the world-building and storytelling of Ori are just as much of a focus as the gameplay, creating an experience that transcends a normal game.

In addition to world-building, Ori and the Will of the Wisps also shines from an atmospheric department. Each environment is unique and gorgeously crafted, from the foreground and background to the enemy and character designs, creating the illusion of a living, breathing world. This is only furthered by the addition of dialogue and side quests for friendly inhabitants of the world, something entirely new to the Ori series.

To top it off, everything runs at a smooth 60 frames per second, with minimal graphical downgrades during the transition to Switch. It is amazing how well this game fared during the porting process, but this does come at a cost of stability. During our review, there were several instances of the game soft-locking and crashing, sometimes even requiring a hard reset of the Switch itself. The abundance of quicksave locations and backup saves did help, but the initial loading time can reach upwards of two minutes, making it an extreme inconvenience when it did happen. 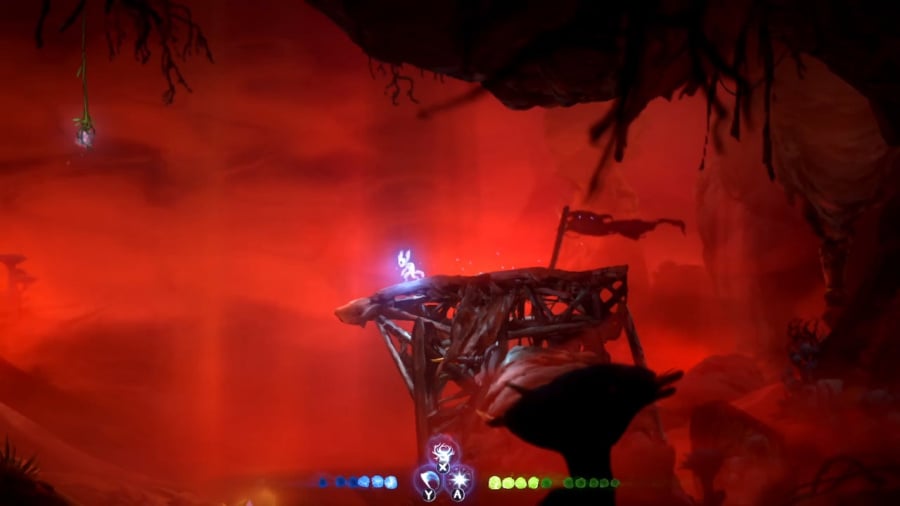 One aspect of Ori and the Will of the Wisps that is extremely noticeable is the shift in gameplay focus. While at the game’s core, it is still a Metroidvania game like its predecessor, it is a much more linear experience this time around. There are still collectables hidden behind areas Ori needs to backtrack to, but they are not nearly as much of a focus anymore. Instead, there is a greater emphasis on side quests, shops, and the new Spirit Trials system.

Side quests, another new addition to the series, mostly equate to sending Ori to retrieve an item somewhere in the world and getting rewarded with Spirit Light, the game’s form of currency. This is used to purchase upgrades or Shards. Shards replace the skill tree from the previous game, allowing Ori to equip several different perks at a time. At first, the change felt limiting, but once more perks and Shard slots were unlocked, it became a welcome change.

Finally, the Spirit Trials system is probably the most lacklustre of the additions. Scattered around the world are Spirit Trial pedestals that initiate a time trial race against a ghost Ori. While the player’s best times can be uploaded online, the only real reward for completing them is more Spirit Light, which makes them not worth the effort most of the time. 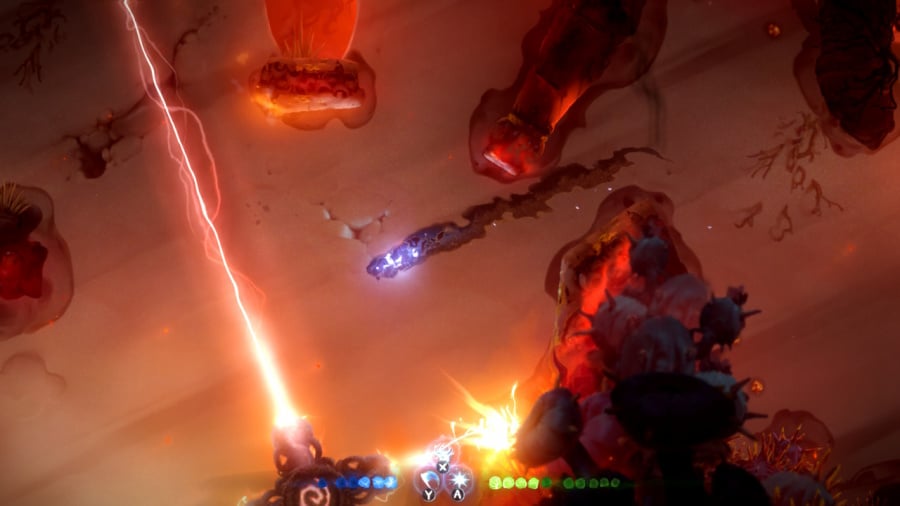 That is not to say that everything is different in this sequel. The core structure of the first game is still intact. For the majority of the game, Ori is exploring a vast interconnected overworld heading to different dungeons and picking up collectables and upgrades along the way. The aspect that seems to have gotten the most attention this time around is the combat. Instead of a little ball of light that Ori attacked with in the first game, Ori now has access to a light sword, a hammer, a bow, and more.

Each weapon has its strengths and weaknesses, but this change significantly helps the flow of Ori, especially in aerial combat. While not every upgrade is everyone’s cup of tea, there are plenty of Shards and upgrades to give everyone a playstyle they enjoy.

Ori and the Will of the Wisps is not just a great sequel; in many ways, it outdoes its predecessor. The addition of more customization options, a greater focus on combat and a better-developed story – all in a game that’s running at 60 frames per second – allows the sequel to comprehensively outshine the original. However, this does come at a cost of stability, as several crashes and soft-locks were extremely demotivating. Overall though, Ori and the Will of the Wisps is a must-buy for anyone even the slightest bit interested, and we’re confident that the stability problems can be patched in the future. This is a supremely enjoyable platform adventure which everyone should experience.

Party-Based RPG Battle Hunters Pushed Back To November On Switch

Truck Driver Sets Course For A November Release On Switch

Nintendo Applies For Pokémon HeartGold And SoulSilver Trademarks, But Don’t Get Your Hopes Up


The Long-Lost Clockwork Aquario Is Being Pushed Back To 2021, New Screens Revealed