Welcome to the Hypnospace Patrol Department, enforcer! Under the employ of Adrian and Dylan Merchant, owners of Merchantsoft and creators of Hynospace and the HypnOS, you’ll spend the next dozen or so hours scrolling through the pages of an alternate reality version of 1990s internet which users access in their sleep via an electronic headband. You’re here to wield your great big ban hammer over content infringements, illegal activity, malicious software and all other examples of law-breaking as set out in your enforcer’s handbook. Remember, C.H.I.M.E! Brace yourself for flashing neon fonts, obnoxious music, low quality GIFs, crude animations and terrible, terrible poetry. The early days of the interweb have been recreated meticulously here and they’re just as mad, bad and barmy as you may remember.

As a parody of late ’90s GeoCities neighbourhoods and the often wacky homesteaders who created them, Hypnospace Outlaw is pretty much flawless. This is a game where you’ll trawl through an eerily accurate portrayal of the early web that’s split up into themed zones, such as the Goodtime Valley, Teentopia and Coolpunk Paradise, which are populated by a host of all-too-believable characters and dedicated to shady clairvoyance, conspiracy theories, teen chatter, embarrassingly amateur graphic design, terrible bands, oddball shamans and chatrooms full of naïve early adopters. You’ll download virtual pets, nightmarish wallpapers, screensavers, skins for your media player and obnoxious viruses that destroy your desktop and require expensive software to remove – and you’ll do it all for a steady drip-feed of Hypnocoin. 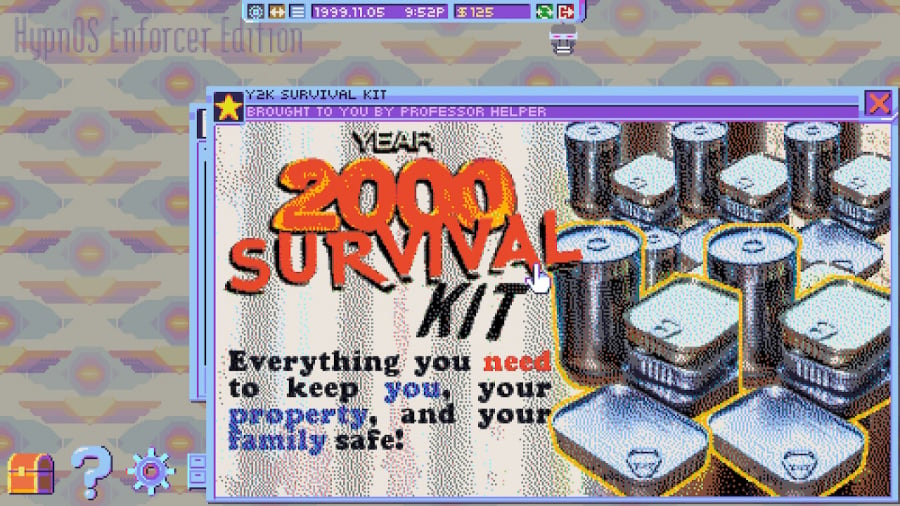 Your role as an enforcer of Merchantsoft rules starts out pretty simply with some content infringement involving Gumshoe Gooper – the fish detective – but soon evolves over the course of the game’s handful of chapters, taking in harassment, illegal images, music infringement and more as the story grows to encompass not just the denizens of this Y2K-era internet, but its very creators themselves. As you puzzle your way through the cases that are handed down to you from the Hypnospace Security Center further areas of this virtual museum will be opened up and, by the time you’re done, there’s an impressively large and brilliantly well-written satire of a very special period in the internet’s history to freely browse around.

And you really will have to browse around it. Hypnospace Outlaw’s puzzles may start out breezy enough but they soon get pretty tricky, taking some properly shrewd detective work to figure out as the game’s narrative progresses. There are a few occasions where things get a little too obtuse – if it gets too much for you there’s a very helpful hint function to guide you back on track – but, overall, the cyber-sleuthing here is extremely satisfying stuff that involves deep-diving into endless gaudy webpages, digging up hidden clues, finding tenuous links between people and places and accessing secret corners of the web as you slowly connect the dots. 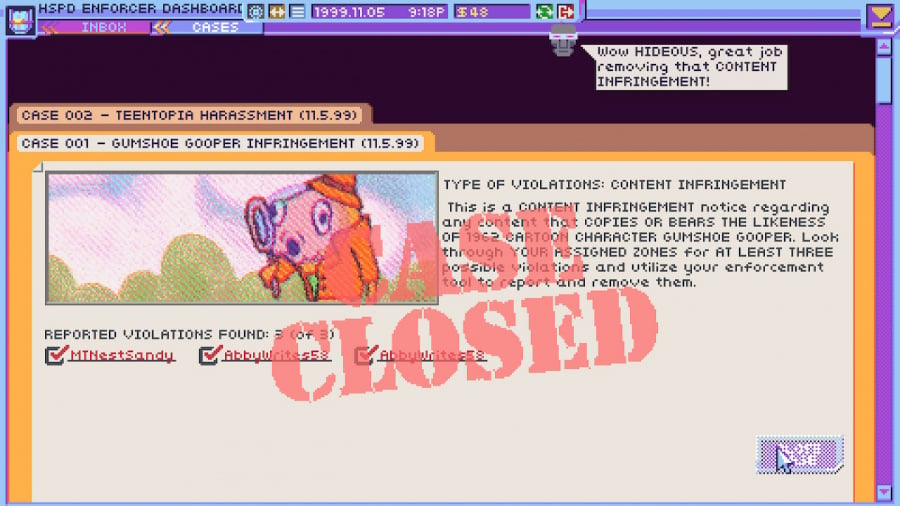 You could probably whip through all of the enforcement jobs the game has to dole out in six or seven hours if you’re in a real rush and are firing up that hints section every time you hit a wall, however, this is an experience that truly comes alive if you just relax, take your time and really wallow in the authentic world that’s been created here. There’s a pleasingly involving story at the heart of proceedings, too; you won’t always feel comfortable with your actions, and it’s encased in a recreation of the GeoCities era that doesn’t stop at just presenting the cosmetics of the period in immaculate detail.

Developer Tendershoot has gone above and beyond in creating a fantastically deep world in Hypnospace Outlaw, replete with its own slang words and terminology, hideous music library, shared history and common causes that run throughout the various zones and webpages that you’ll get to know intimately as you make your way through its tale. Even without the mostly excellent puzzling and detective work that make up the bulk of the gameplay here, this is a remarkably clever and thorough recreation of a time and place that’s just fun to exist in, especially – but not exclusively – if you’re old enough to remember actually being there. 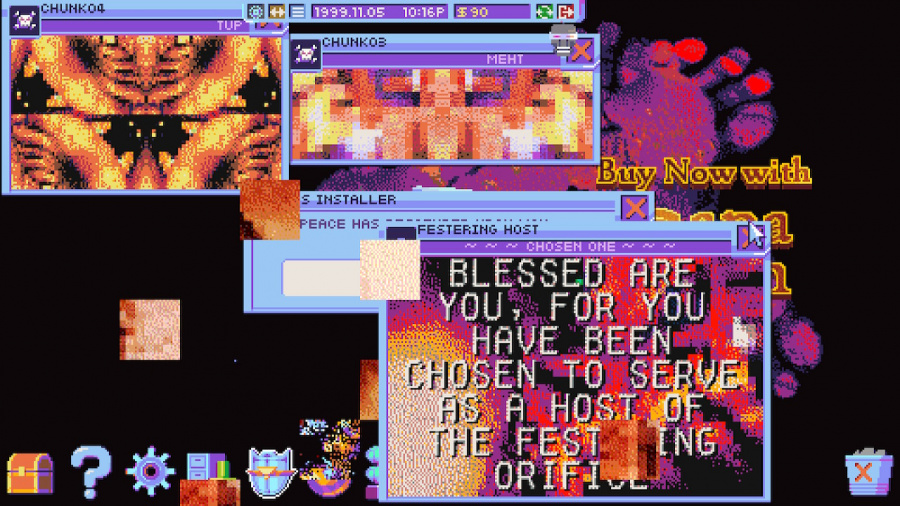 In terms of this Switch version of the game, which runs flawlessly in both docked and handheld modes, Tendershoot has also provided players with plenty of options when it comes to navigating their 1990s nightmare. Not only can you plug a keyboard and mouse into your Switch cradle in order to authentically browse this fictional version of the web and there are also excellent touchscreen controls and plenty of options, including a big HUD mode that make using the Joy-Cons to snap around elements of webpages a breeze.

Hypnospace Outlaw really is like nothing else out there; at once an excellent puzzle game, razor-sharp satire and meticulously crafted slice of early-internet nostalgia that you can spend hours absolutely lost in. It’s frequently hilarious stuff that’s impeccably well-written across the board, managing to successfully bring the crazy, lawless, early rush of creativity that formed the pre-Y2K era of the internet convincingly back to life. It delivers a truly extraordinary recreation of the GeoCities era of the internet that absolutely nails its ’90s aesthetic to present a living, breathing world that’s a joy to spend time browsing around, soaking up the atmosphere and reliving the anarchic early days of the internet as you slowly untangle the puzzles at the heart of its narrative.