Anyone who has ever played tile-matching, friendship-sabotaging board game Carcassonne will recognise Carto’s main mechanic: square tiles must be placed according to the patterns on each side. If the patterns match the edge of another tile, they can be placed next to each other; a forest tile must border another forest tile, a desert tile must border another desert tile, and so on. The titular character, lost in a world far below the airship where she and her Granny normally live, must navigate this strange tiled world to find her way home – and maybe help a few people along the way.

Carto does one thing, and it does it well – for the most part. The tile-matching concept is a refreshing one in the indie game space, and one that makes for interesting and varied puzzles. Most of the time, the puzzles consist of wandering the map, finding new map pieces, talking to people and trying to understand the clues they’ve given you. One person might say that there’s a cottage hidden in the middle of the forest – place forest tiles around an empty centre, and the cottage tile will magically appear. Other people might hint at a circular path, something at the mouth of the river, or a patch of yellow flowers, and it’s up to Carto to arrange the tiles just as they’ve been described. 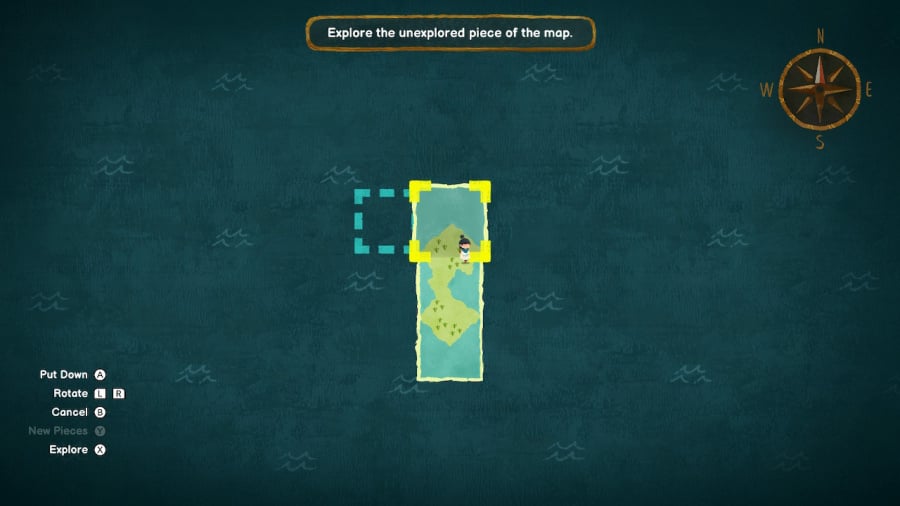 Other puzzles involve solving more intricate problems. Following footprints that you must line up, rotate, and repeat; or paying attention to which way a certain tree is pointing to know where to place the next tile. These puzzles are much more obtuse than the ones given to you in dialogue, and there is no hint system to help out if you get stuck. You may find yourself relying on a walkthrough early on, because it’s often not really clear what the game is expecting you to do.

As the game progresses, the puzzles get steadily harder. Not by much – Carto is fairly gentle as puzzle adventures go – but enough to stump and potentially even infuriate players. Carto is beautiful and often heartwarmingly satisfying to play, but occasionally, it falters, and those moments are almost always because the instructions given to the player are just a little bit too vague or confusing. Solving the puzzles at this level is often about trial-and-error, and that means a lot of repetitive and tedious map-rearranging. It’s a shame that the core mechanic loses steam so quickly.

Luckily, Carto’s world is a lovely place to be lost. Like all of the best indie games, it confidently stands out thanks to its stylistic flair. Carto’s world is shaded with coloured pencils and pleasing round shapes, like something out of a beloved illustrated children’s book. The art is by far the best thing about the game. It’s lovely to look at, and lovingly animated; a world fully and gorgeously realised by the designers that matches well with its narrative. 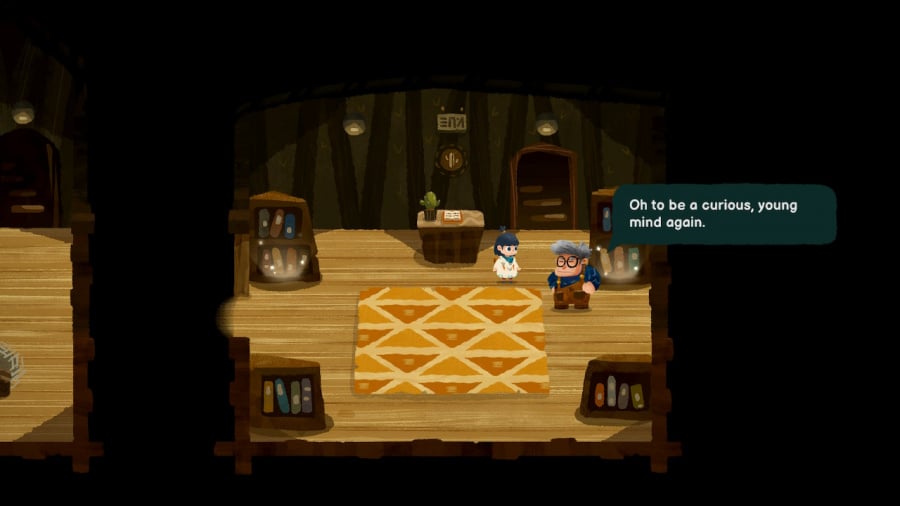 But what about children? The game’s easy enough to bring your sprogs in, and that might just be the best way to play the game. Kids may just appreciate the lightheartedness that Carto does so well, and that weird creativity that only the under-12s have will probably go a long way to solving some of the puzzles when adults can’t. And, just as the art recalls illustrated picture books, so too does the story.

Carto is not challenging as far as stories go: there is no real tension in the plot, no moments that thrill or confront the player. Everyone is polite and friendly; even Granny, whose airship Carto damages at the beginning of the game, is perfectly trusting of her, and seemingly unbothered by Carto falling down to the ground below. It’s hard to say if this is a bad or good thing. Not every story needs high drama, and it’s certainly refreshing to inhabit a world where everyone is just kind, but stories without tension tend to fall slightly flat.

Carto’s adventures do, a lot of the time, suffer from this flatness. Tasks are performed one-by-one, the plot unfolds linearly, and most of Carto’s actions are at the behest of others. It often feels a little like a pleasant stroll crossed with a fetch quest, Carto walking leisurely from person to person, solving their riddles and providing whatever it is they need before moving on to the next thing. 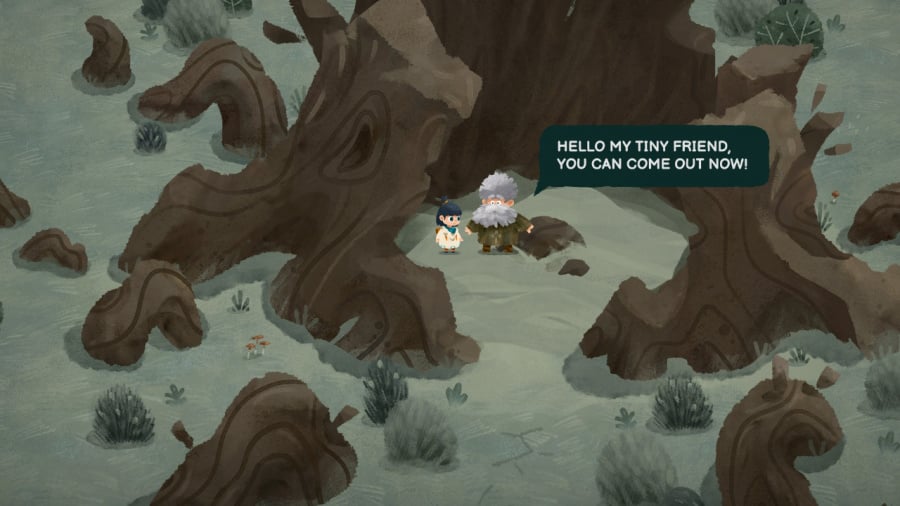 There’s a gentle passivity that can both soothe and frustrate players, depending on what kind of game they were hoping for. Those hoping for a challenging puzzle game could be disappointed by what they might consider bland characters and tedious repetition. Those hoping for a reprieve from a stressful day at work (or, let’s be honest, just a half-hour of looking at social media) will be glad to find Carto as the simple, tender game it is.

However, it’s hard to call Carto an unqualified success when its main mechanic can be so irritating as to elicit controller-throwing frustration from its players. It’s beautiful, original, and even occasionally calming to play, but its lack of clear puzzle directions and its tendency to rely on repetition are its downfall. The clever concept of tile-matching maps runs dry far too quickly, and players are limited to the next step that the game provides you at all times, with very little room for exploration and discovery. For a short game, though – coming in at around 5-10 hours in total – these flaws could potentially be overlooked, especially when playing with children, who may potentially enjoy the on-rails experience more than adults.

Carto’s main concept is compelling, but it runs out of steam in the mid-game and succumbs to repetition far too swiftly. It’s nonetheless a beautifully-drawn title that’s often a pleasure to play, but when it’s tedious, it’s really tedious. It’s arguably the perfect title to play with kids and novices who are likely to be more forgiving of Carto’s many shortcomings, but everyone else should approach with a little more caution.

Random: Until Among Us Comes To Switch, We’ll Have To Make Do With This Game Boy Mock-Up