The music of sadly-deceased electronic musician Avicii didn’t initially strike us as a great match for a rhythm action game. The marriage of a single contemporary artist with the medium of video games gives us PTSD flashbacks to The Black Eyed Peas Experience. Thankfully, unlike Will.I.Am and Fergie’s barely-listenable dreck, Avicii’s discography is altogether more pleasant and likeable, often marrying EDM beats with a folksy, yearning sort of vocal style – a sort of cross between NERO and Willie Nelson. Look, we don’t get to indulge our inner-NME very often. Let us have this.

It’s interesting and welcome that rather than exploiting imagery of the late Tim Bergling, Avicii: Invector takes its cues from the likes of Frequency and Audiosurf; you’re a mostly-anonymous spacefaring presence, piloting your modest craft through the songs in a very traditional manner. It’s game first, featured personality second, and it works brilliantly. 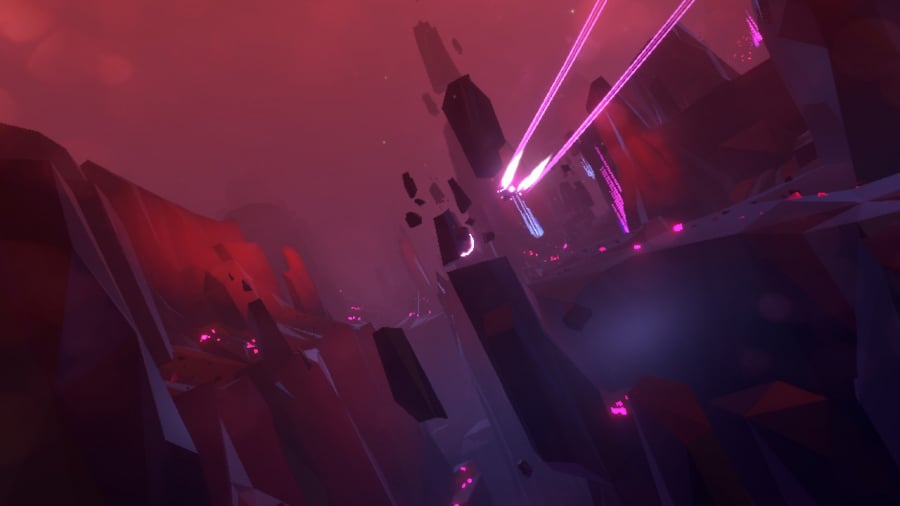 You’ll run a track along the, er, track, your ship passing over visual cues that spring up in time with your chosen song. It’s familiar stuff, but the inputs are clearly labelled and quickly intuitive, though its reliance on taps of the L button may instigate nightmares in DS Lite veterans. Thankfully, the Switch is a more robust piece of kit, but it’s still an unusual and somewhat unintuitive choice for a regularly required input.

Essentially, like most other music titles, it’s a timing game; pass over the trigger for the A button, hit the A button, etc. Variety is thrown in by having you switch lanes by passing over certain icons that require you to tilt the left stick, as well as the inclusion of flight sections that have you freely moving your craft to fly through loops – a sequence reminiscent of the motion-controlled bonus rounds of the underappreciated TxK for PS Vita.

These free-flight sections, despite being the least mechanically complex the game has to offer, are the most likeable, memorable sequences of Avicii: Invector, taking away the UI and letting you take in the sights of the shifting, beautiful worlds around you. When you’re playing the more intense sectors, the surrounding graphics tend to melt away as you concentrate, and it’s nice for a rhythm game to find a fairly graceful solution to this common problem with its genre. 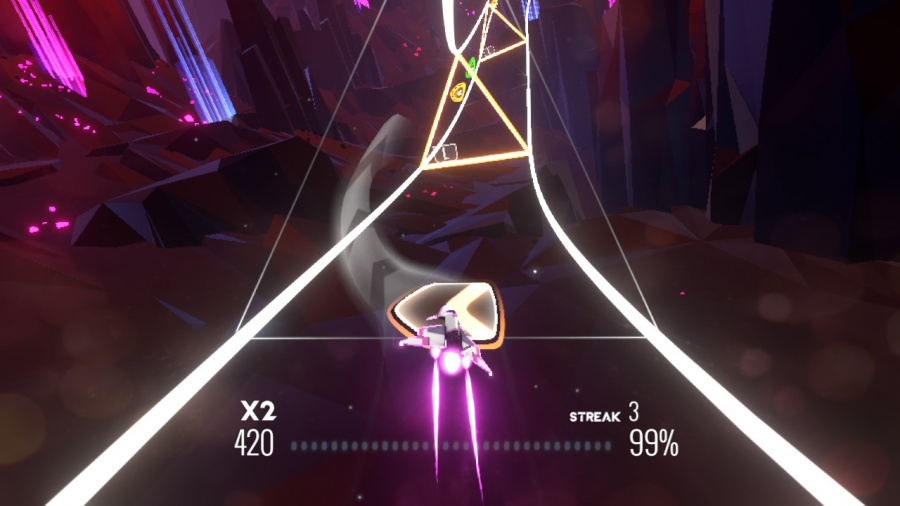 Structurally, there are some issues. The game is divided into worlds, each of which is populated by a handful of Avicii tracks – the most well-known stuff (Hey Brother, Wake Me Up, etc) doesn’t crop up in the first half of the game, which may lead to Avicii-sceptics becoming impatient. Though, to be frank, we have no idea why they’d be playing the game anyway. A larger problem is with the difficulty curve – it’s not bad, but it is carried across each of its difficulty settings – move from Medium to Hard mid-game and you’ll find the jump in challenge more than a little extreme. This rather incentivises playing through the songs in order, while making your way up the difficulties, and while this is fun it’s not very friendly. Still, it’s a minor nit-pick in a really rather good rhythm action game.

Presentation is strong; it all runs brilliantly smoothly, the controls are responsive and the environments sufficiently sci-fi and ethereal. Nothing gets in the way, basically, which is what you want in a beat timing game like this. The simplicity of the commands – hit beats, switch lanes, fly and occasionally boost – marry well with the clean visual style, adding up to a polished product.

Between songs, you’ll gradually uncover a rather loosely-told “story” about your pilot, told in seemingly-disconnected, but well-acted and amusing animated vignettes. It’s charming stuff, but it’ll only take you about the length of a double album to see it all on medium difficulty. Split-screen multiplayer will extend the life of the game a little, but it’s more of a distraction than a meaningful competitive feature. 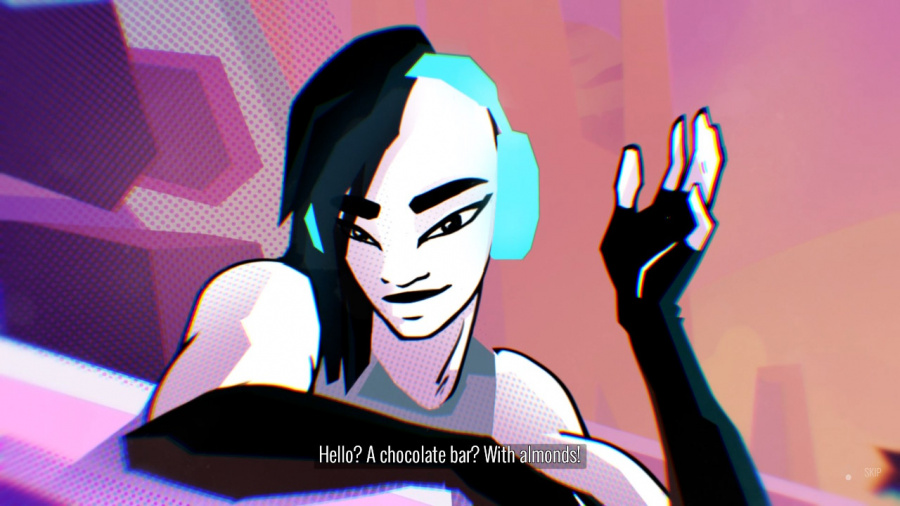 35 songs are nothing to be sniffed at, but of course, your interest in this title is essentially entirely predicated on your interest in Avicii’s music. There’s a grand spread here from all Bergling’s albums, as well as EPs and collaborations. The tunes suit the game well, and the grand landscapes serve to enhance the more heartfelt and emotional push of the choruses. It works, but if you dislike these records or this genre, you may as well knock six points off the score below.

It’s a clichéd summary, but Avicii: Invector is better than it has any right to be, and a fitting tribute to an artist who died tragically young. It’s a huge boost if you already enjoy his music, but even haters will have to respect the work that’s gone into this fast-paced, well-designed rhythm action title. It’s just a shame that Tim Bergling never had a chance to see it come together so nicely. Still, until we get Pet Shop Boys: Invector, it’s the best single-artist music game we’ve had the pleasure of playing.